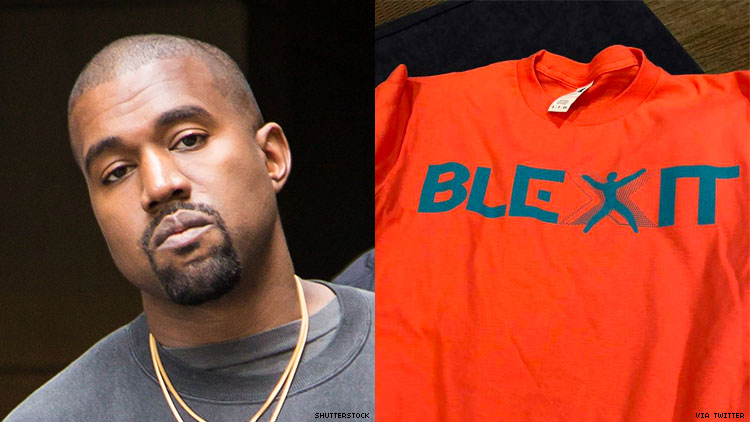 The tees are encouraging Black people to exit — or “Blexit” – the Democratic Party. “Blexit is a renaissance and I am blessed to say that this logo, these colors, were created by my dear friend and fellow superhero Kanye West,” said TPUSA’s Communications Director Candace Owens.

The NY Post's Page Six gossip column claims Owens "gushed that West has taken one of the boldest steps in America to open a conversation we have needed to have.”

The tees are just the lastest in a string of events and incidences of West backing the president that occurred this month including his rambling meeting with Trump in the Oval office a few weeks ago and his post-appearance rant on SNL that engendered this hysterical take down by SNL's Pete Davidson.

“The Blexit movement will spend 2019 holding rallies in every major city in America that the Democrats have destroyed,” Owens said.