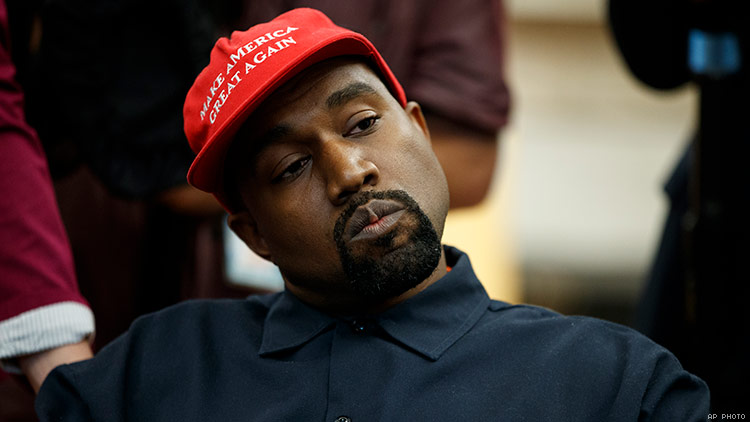 The rapper reminds us once again that sometimes silence can be golden.

Last Thursday, rapper Kanye West had a controversial visit to the Oval Office, where he sat down with President Trump, Jared Kushner, NFL legend Jim Brown and others to deliver a 10-minute speech about the 13th Amendment, prison reform, and mental health among other things.

During his bizarre speech, West professed his love to the President, telling him why he supports the Republican before putting on his “Make America Great Again” hat. He stated, “There was something about putting this hat on that made me feel like Superman.” He also addressed the elephant in the room --his own mental health-- at one point referring to himself as “a crazy motherf--ker.”

West followed with President Trump, who signed the Music Modernization Act into law, which heavily benefits musicians and artists reaping the benefits of royalties and proper licensing in the new digital age of streaming.