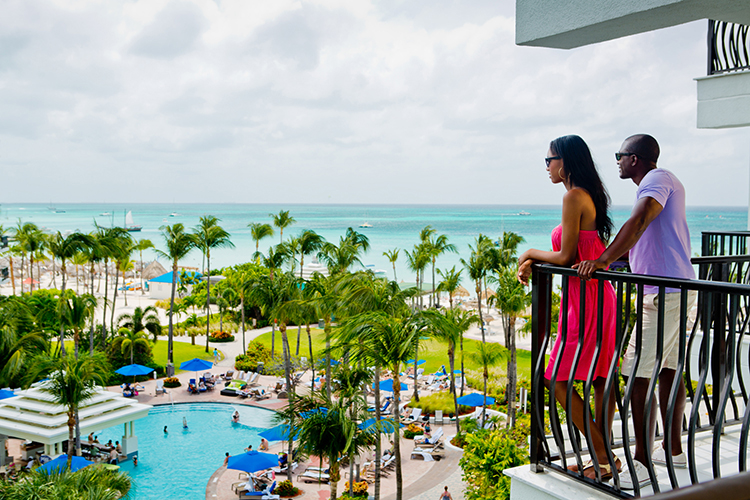 White sands, turquoise waters, and palm trees are cool, but this desert island has a collection of artists who rival all of it.

Think all islands of the Caribbean are the same? Think again. Aruba has a unique geographic and cultural heritage unlike any other Caribbean island.

Just 15 miles off the coast of Venezuela, the island was first inhabited by indigenous South Americans. Then in 1499, the island was colonized by the Spanish who “removed the entire Indian population of Aruba to work in the copper mines of Hispaniola,” according to the National Library of Aruba. But some natives were later able to return to their homeland, and the influence of their lineages and traditions are still reflected in modern Aruban heritage and culture.

The Dutch took over the colony in the 1600s, bringing along African slaves, although the island never became a slave-trade port like others in the region did. The country has become more ethnically diverse over the centuries, and there are now over 90 different nationalities represented on the 20-mile long island. A full 75 percent of the population is mixed race (a blend of Indigenous/Native American, African, and European) and many locals speak English, Spanish, and Dutch, as well as Papiamento (the island’s Creole dialect).

The nation’s tagline, “One Happy Island” is about all these distinct backgrounds coexisting on a single island nation. And it always rings true.

Visitors will find this diversity reflected in the island’s cuisine as well with South American influences and Netherland specialties (try the thin, crepe-like pancakes at Linda’s Dutch Pancakes) and Dutch cheese-based dishes (pastechi, a fried pastry filled with gouda, is a common appetizer) accented by African and Indonesian culinary contributions, found in everything from the island’s wide variety of fish stews to the ubiquitous coconut shrimp.

Tourists tend to congregate around the beaches on the north end of the island, where you’ll find most hotels, like Aruba Marriott Resort and Stellaris Casino. 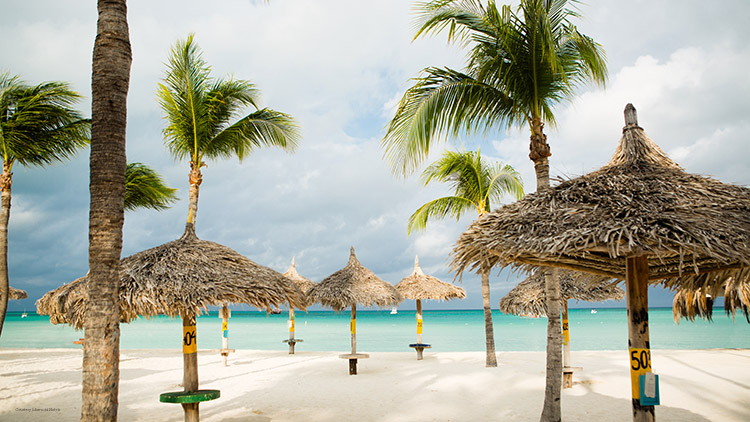 Marriott is a TAG hotel chain (certified LGBTQ welcoming, and committed to hiring staff who reflect the diversity of the local community). Kick it under beachside palapas (above)  or drink a mean pina colada with real coconut cream at the swim-up bar, then watch the sun set over the Caribbean at the resort’s pop-up Palm Beach restaurant, Atardi, where the Macadamia Grouper is the bomb. 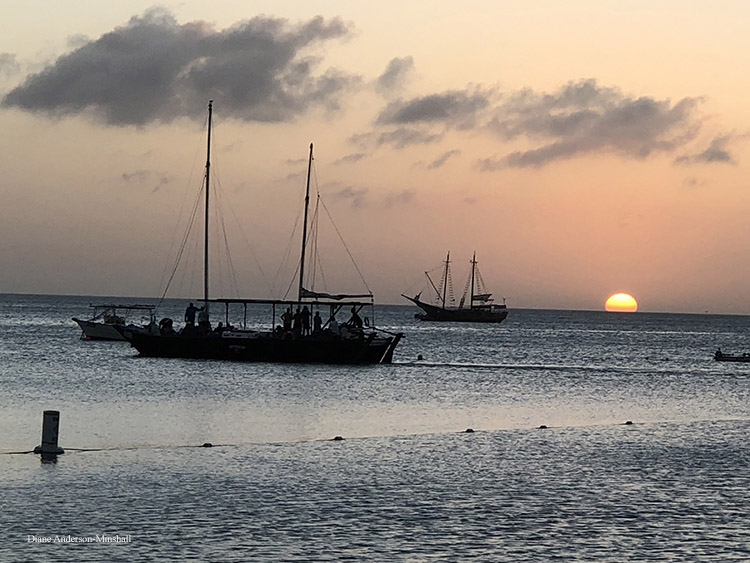 (Above: The view from Atardi Restaurant)

Aruba’s capital city, Oranjestad, has long been the cultural heart of the country, as home of both the nation’s theater and cultural center Cas di Cultura and national library Biblioteca Nacional Aruba, which features an annual exposition of work by the all-women Aruban artist collective Love4Art Studio.

Those seeking the local art scene are venturing to San Nicolas on the island’s southern tip, where a vibrant arts community is blossoming. Explore the street art on your own or take one of the mural tours by Artisa Gallery, which also offers hands-on art workshops and sponsors the Aruba Art Fair each October. Tito Bolivar, who helped launch the annual festival in 2016 convinced the city to embrace street artists — and ultimately enticed an international crew to create unique murals and other art on the homes and commercial buildings of San Nicolas.

One of the first recruits was street artist Bordalo II from Portugal, who creates large-scale multimedia works out of trash and other found materials. For his oversized iguana sculpture, a team reportedly collected garbage from around the island, pulling from wrecked cars, scrap yards, and littered beaches. 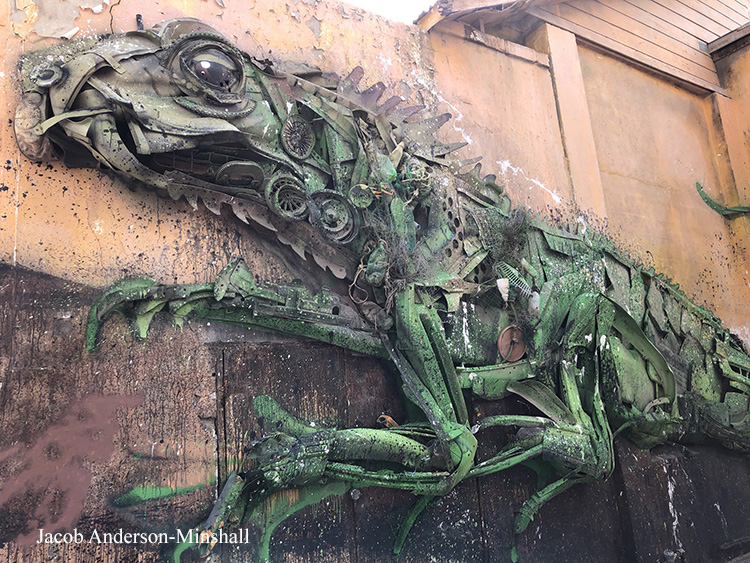 Other notable artists came from the Czech Republic (Chenis, whose mural “Infinity House of Cards” incorporates windows into the design), the Netherlands (Leon Keer, whose 3-D appearing “Pan Box” nods to a popular Venezuelan brand of cornmeal), and Colombia (Guache, whose three-story-high mural pays tribute to Carnival). 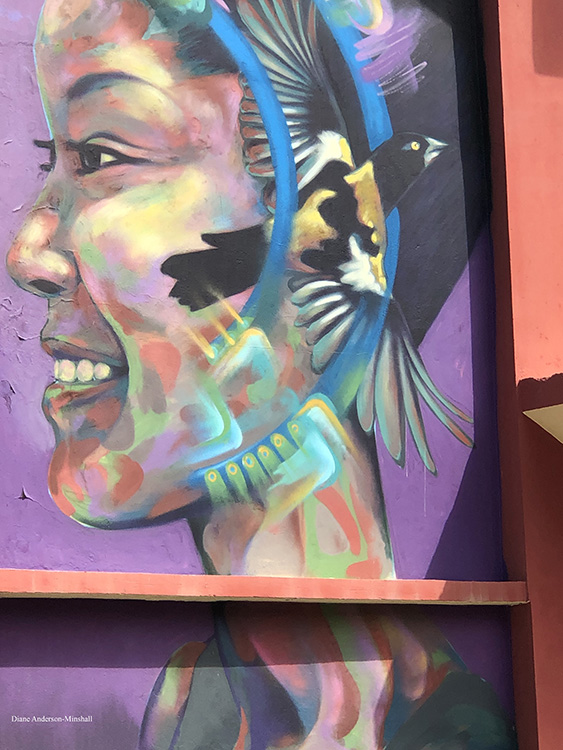 While out and about, drop by the San Nicolas Community Museum for a glimpse of the diversity of those who’ve made the area their home, and check out the slick kicks and brims at Legit Sneakers. 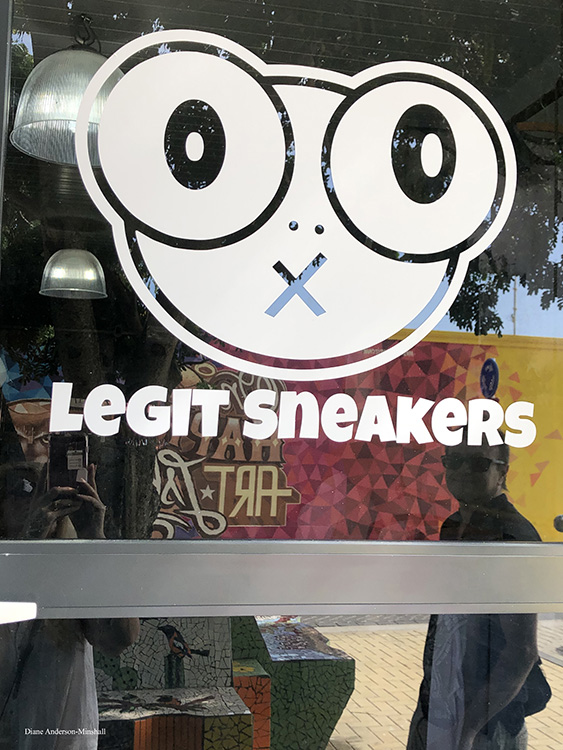 Then stop at Cosecha, a design store and craft workshop where you can shop for artisan home goods and local arts and crafts, and learn how to make your own works of art (no experience necessary).

Pop into the nearby Charlie’s Bar (below), where the eclectic collection from previous customers will keep you entertained while you nosh. Spice up the giant prawns with the bar’s proprietary kick-ass Honeymoon Sauce. 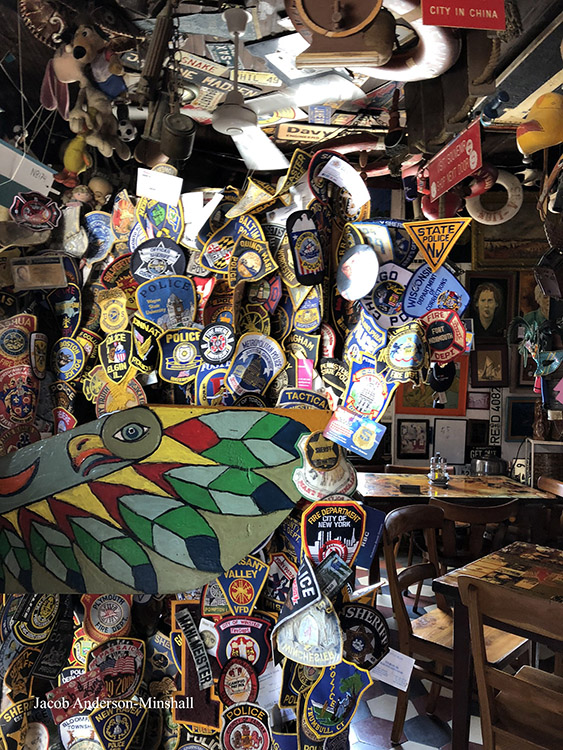 For inspiration of a different kind, take the Natural Pool UTV Off-Road Tour with De Palm Tours. Most guys will love bouncing over rocky and rutted steep trails at a relatively blood-thumping 35 miles per hour in an oversized ATVs. You'll get to explore the arid side of the island (lots of cactus and wildlands) and visit Aruba’s famous Natural Pool, Bushiribana Gold Mill Ruins, and an Insta-worthy natural rock archway over the ocean. 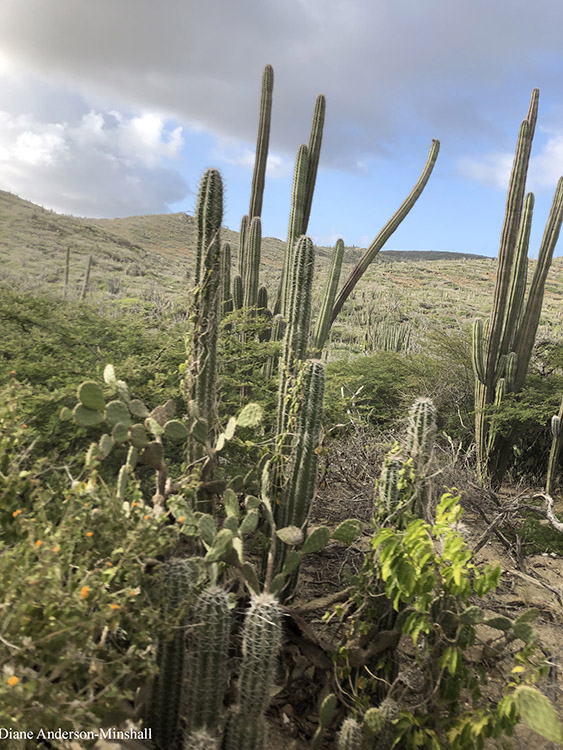 (Above: A UTV Off-Road Tour with De Palm Tours will give you views of the living desert of Aruba.)

Learn dope history and geology lessons by visiting the Aruban caves where the native Arawak Indians once dwelled. All located in the Arikok National Park Aruba, the caves have different draws: Fontein cave features Arawak petroglyphs on the ceiling, sunlight filters through the Guadirikiri cave’s two inner chambers for the perfect Insta shots, and the Tunnel of Love gets its name from the heart-shaped entrance of the 300-foot-long tunnel, which winds through eerie rock formations and narrow passages. 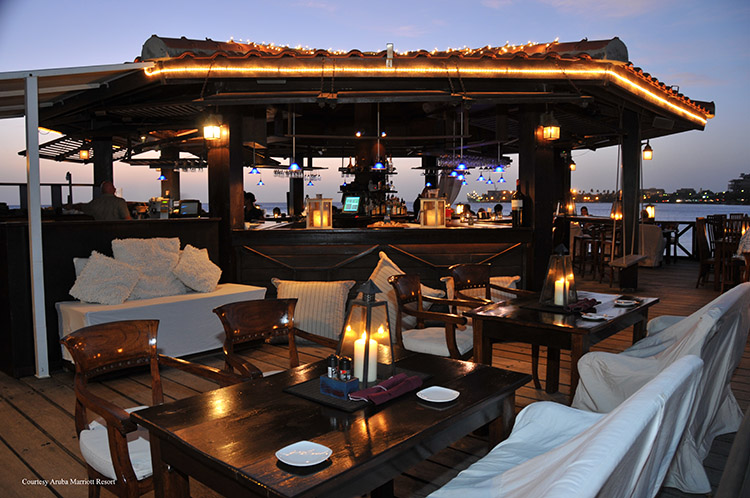 Cap off your trip by taking that Aruban hottie you met to dinner at Pincho’s (above), built over the water, the romantic setting is the perfect prequel to chill. Start with Seared Ahi Tuna or Caribbean Conch Fritters then splurge on the Caribbean Twin Lobster Tails with pineapple-curry flavoring or add a single lobster tail to a mouth-watering Black Angus Filet Mignon with a truffle butter sauce. From your table, you can watch the pipefish congregate in the water below as the sun goes down, a perfectly romantic way to end your trip.