How to Get Out of a Date 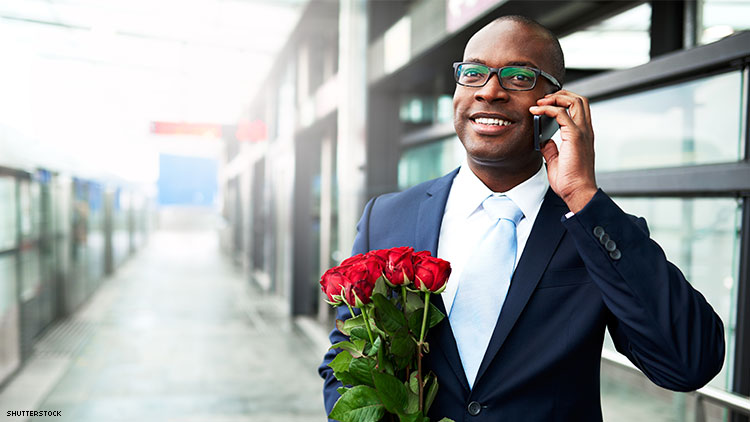 Sometimes dating can be great. Sometimes not...

After my two-year hiatus, I am (gasp) ready to date again. I’ve gone on a few social outings and excursions, and well, let’s just say not much has changed. I don’t know if it’s my social grace or foolish ways (cue Ashanti) that have allowed me to lull and suffer through less than exciting dates. Now, I would say, I’m not hard to please (no comment), but sometimes it just ain’t working.

You sit through while this other person rambles on about themselves incessantly or is rude to the waitress or chews with their mouth open. You tell yourself, “Ugh, this is ridiculous.” After a few so-called dates like these, I’ve realized that ending said date is okay.

When deciding how long a date should continue, consider a few factors - for one, comfort level. If you’re feeling antsy or anxious or over it, acknowledge that. If you’re feeling unsafe or compromised (especially if this is someone new), you should definitely cut it short. So often we feel the need to suffer through uncomfortable things just for the sake of saying so. We don’t.

But, if you’re just having an awkward time with someone, no need in making up some absurd excuse to leave (unless that’s your thing). It will be over soon enough, but sometimes you just gotta go. Here are a few ways to leave if you really need to:

In a perfect world, we would be able to maturely say to someone that we’re not feeling it and leave. Personally, I’ve done this, and it was ... fine. I prefer to be honest about my interest and I hate to ghost people. I also don’t like to waste my time, and I prefer to extend the same courtesy to folks. If you want to go, say, “You seem cool, but I’m not quite feeling the chemistry. Thanks for meeting with me, I appreciate your time.”

For some folks that might sound like a lot, but this is a good way to practice confidently and clearly stating your needs and flexing those communication skills. Of course, you might end up discovering that some people prefer to be lied to.

Have someone actually call

Some people have tried the whole “set an alarm” thing, but others insist that would be blatantly obvious. But I’d say the string of uninterested “um-hmm’s” of a feigned conversation would be more of a giveaway. One get out option is to have a friend schedule to call at a certain time. That way you can actually talk back and forth with someone who can prompt you appropriately, so it sounds like a human conversation instead of someone just talking into their silent phone. Better yet, get up and walk away from the table. Try pacing and looking down as you talk—that will make it look much more serious.

Of course, your date will ask, “Is everything okay?” And now, it’s time to go.

While I've never had to retreat to any myself, there are apps that are designed to help people notify friends and family if you feel in danger, according to Verily Mag. Two of such apps are uSafeUS and Circle of 6; the latter allows you to quickly notify your six most important people that you are in danger, or requests that they call, text, or find you immediately. The former provides you with fake calls and texts as a built in excuse. See? It’s a common solution for a common problem.

Give the excuse ahead of time

Before you meet someone, tell them when your hard out time is. You can say you have plans, you only have one hour or you’re really swamped. If the date is going well, they’ll probably be just as happy as you to forget your reason for leaving. If not, there’s no negotiating. They knew you had to leave, so you do. End of story.

Just having one tonight, thanks

Usually, if you’re meeting for a drink, there’s a moment after the first round where you both decide if you want to keep things going and order a second cocktail. This is the perfect exit moment if you’re not feeling it. Saying you have an early morning or you can’t be hungover tomorrow and need to get home is a reasonable way to leave. Don’t get sucked into ordering another drink! That’s an additional hour of your life, at the very least.

Singledom and adulthood often means dating. And while we often set our intentions high, sometimes the return is low. Being able to get out of these types of spaces might just come in handy.