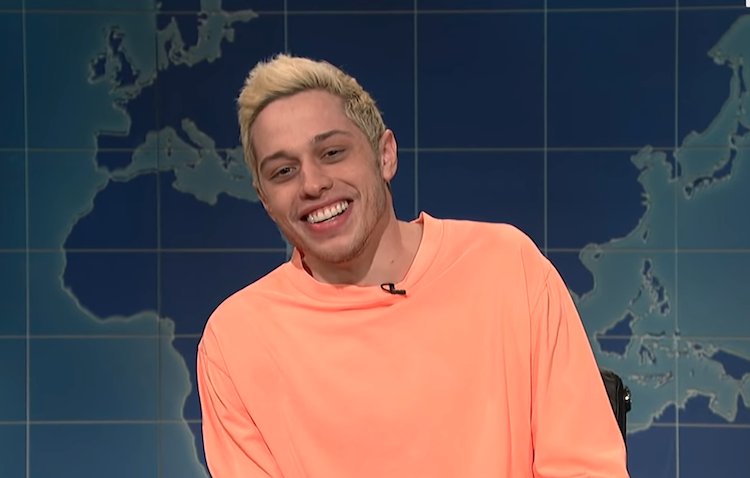 The comedian skewered West's weird closing perfomance on SNL and disputed his negative stories about his experience on the show.

Kanye West had a lot to say about his experience as the musical guest on the September 29 season premiere of SNL.

"What Kanye said after he went off the air last week was one of the worst, like, most awkward things I've ever seen here — and I've seen Chevy Chase speak to an intern," Davidson said on SNL's Weekend Update. In a video posted on Twitter by hip-hop producer Mike Dean, West suggested the show’s producers didn’t want him to wear his MAGA (Make America Great Again) hat on stage. "They bullied me backstage. They said, 'Don't go out there with that hat on.'"

Davidson scoffs at the idea. "[West] started by saying that people backstage tried to bully him into not wearing it. He wore it all week. No one told him not to wear it," Davidson said. "I wish I bullied him. I wish I had suggested it might upset people. Like your wife, or every black person ever."

"Take 'em," Davidson said, about Kanye's decision to stop taking his meds. "Being mentally ill is not an excuse for acting like a jackass."

Davidson has been publicly open about his own mental health struggles.

Watch the segment below.