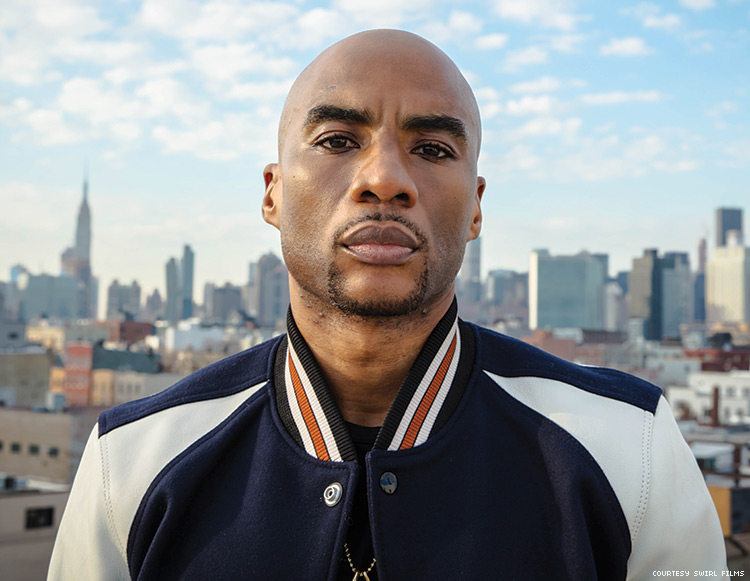 We recently caught up with Charlamagne to talk about mental health, sex, religion, learning from his mistakes, and how white allies should really introduce themselves.

As a nod to your book, I wanted to start by saying: I’m Diane. I am not a white devil. (I’m actually mixed race, but white passing.)

I really appreciate that [Laughs]. My name is Lenard and I’m not homophobic.

Shook One is really about mental health and anxiety and fear and PTSD — and how Black men aren’t allowed to talk about those things. Would it have been easier for you if you could have had these conversations earlier?

I passed a Little League practice the other day and the coach was yelling, “Do you want to be a girl?” and “Don’t be a pussy.”

That’s such an interesting thing. Now that I’m older, I process these things a little different. It’s like subconsciously you’re actually kind of making it like women are inferior… like you’re putting that in guys’ heads as well. Like women aren’t capable of doing anything. Like women are just inferior creatures.

Exactly. It’s interesting that your generation is confronting that and trying to change it.

Very true. We got to be able to confront it, though, without being judged for it. Because I can honestly say that I’ve definitely learned a lot of BS growing up, and it’s a lot of BS I’m unlearning now. Because we’re all prisoners of our own privilege. Men are prisoners of their own privilege. They can exist as men without worrying about what women actually go through. Straight men are prisoners of their straightness, they don’t have to worry about the issues that the LGBT community go through. But we’re all in America together. We all got to start thinking about each other.

Do you think that there’s becoming more of an environment where men can talk openly about #MeToo and physical or emotional abuse?

It depends who you are, and it depends, honestly, who is going to choose to weaponize your words against you. I’ve been trying to have conversations about rape culture for the past four years, because that was a new term to me, hearing the term “rape culture” and then listening to women tell me what rape culture is, and then reading articles like in Teen Vogue… where they have headlines that says, “Drunk Sex Rape.” And me and my male cohosts on my podcast are trying to process this information and talking about old situations that now when we think about them, we’re like, “Okay that may have been a little sketchy.” The first time me and my wife were together, we were stupid drunk… I started the conversation off by specifically saying, “Men have to realize that a lot of the things that we used to do back in the day could be considered rape or rape culture.” And then… they had headlines saying “Charlamagne tha God admits the first time he had sex with his wife it was rape!” That was not what I was trying to say at all. I think this next generation of kids needs to know what’s right etiquette and what’s wrong etiquette… I think that there is a lot of blurred lines. I don’t think there’s anything wrong with us as men having those conversations. I think men are really just scared, man. Like it’s the same thing, when you try to get a white person to have an open conversation about race. They don’t want to say the wrong thing because they don’t want to be looked at as racist. I’m just the type of person — man, I’ve got to live my truth.… if therapy’s dug something up that I feel like I need to talk about, I’ve got to talk about it.