This Ain’t Your Daddy’s Museum 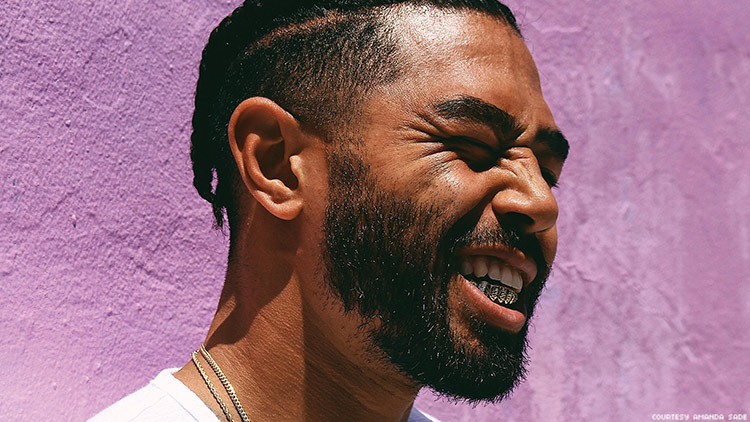 Hip-hop is life for people from all different kinds of backgrounds. The Oakland Museum of California’s new, interactive exhibit “Respect: Hip-Hop Style and Wisdom” looks at that life in a new way, showcasing hip-hop’s evolution and featuring key pieces of the culture from across America.

Informed by the insights of more than 50 hip-hop historians, artists, and community members, René de Guzman, the museum’s director of exhibition strategy and senior curator of art, and his team have created an exhibition that highlights the full spectrum of hip-hop. The exhibit looks at four elements of hip-hop: MCing (or rapping), DJing, b-boying (or breakdancing), and graffiti.

Upon arrival, museumgoers walk a red carpet “to set the tone of this exhibit as a celebration,” says De Guzman. A room dubbed the Hip-Hop Dojo includes rare items belonging to hip-hop legends, including a handwritten essay by Tupac Shakur, custom jackets, Soul Train footage, and Grandmaster Flash’s original turntables. The Dojo gives patrons a chance to play on turntables, build rhymes, and practice their tagging skills with cans of spray paint. It also doubles as a performance space for visiting artists.

De Guzman reinforces the importance of making the initial exhibit hands-on because “hip-hop is a genre that asks folks to engage in it and get better at whatever they do.” The exhibit also has a tapestry by New York portraitist Kehinde Wiley, who recently painted Barack Obama’s official presidential portrait. The exhibit continues to give voice to struggle and celebrates resilience, empowering people from all walks of life to speak their truth and be at their best.

And while it focuses on hip-hop on a broad scale, the exhibit also pays tribute to San Francisco Bay Area natives. “The Bay Area had urban youth cultures that were percolating around the same time as New York City and Los Angeles,” De Guzman says. “For example, ‘popping and locking’ is a Northern California style of dancing that became a part of hip-hop. The rapper Too Short sold custom mixtapes out of his car in East Oakland. Hip-hop wasn’t being supported by commercial interests on the radio, so artists had to create their own distribution systems. Hip-hop was able to find a market without corporate interest.”

The subculture of hip-hop has never stopped charging forward, transforming, and sprouting in new and unexpected ways.

“I think it’s a unique opportunity to look back at hip-hop in a certain way,” says Jahi, the Oakland rapper and creator of the interactive lecture series called The Intersection Between Hip-Hop Culture and Education.

The museum exhibit, which runs through this week (museumca.org), looks at hip-hop not solely as history, but as a breathing and evolving embodiment of life. Colorful photos of artists, graffiti murals, and bold pieces of hip-hop fashion make the exhibit shine. It also has an entire component dedicated to Afrofuturism, an aesthetic and philosophy that explores the intersection of African/African Diaspora culture and technology.