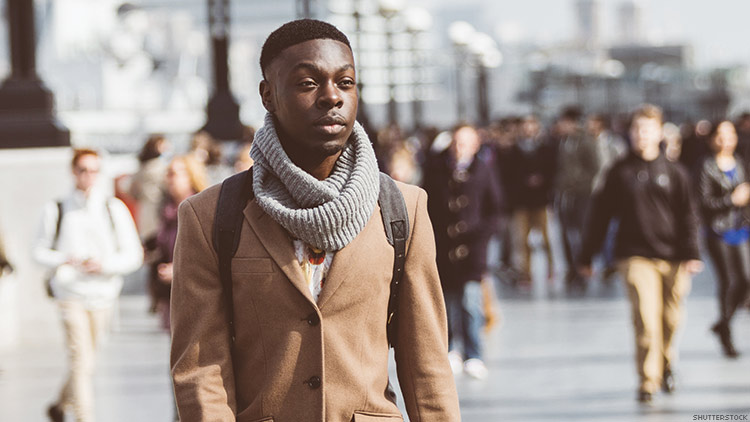 I got a crash course in American profiling and discrimination while touring with a Broadway show.

I never understood certain implications of my Blackness until I started traveling the country. I was born in Queens, N.Y., grew up with privilege in a very sheltered community, and attended college in New York City. I faced little discrimination, and my sheltered lifestyle offered protection into adulthood, which allowed me to grow up impervious to the implicit racism around me. Unless you make a conscious effort, in some parts of this country, it can be easy not to notice.

In New York, it’s simple to maintain a strong group of diverse friends. It can be just as easy to find birds of a feather and flock together. But what happens when you’re in a place where diversity isn’t celebrated, or even present? I found some answers to that question touring the U.S.

I landed a role in a hit musical on Broadway right out of college and I later travelled the country with the touring cast. Those two years were instrumental in my developing a deeper understanding about the realities of living as a Black man in today’s America.

I remember being racially profiled at a retail store in Boston. Our show was having an opening-night event, and I stopped to buy an outfit for the evening. I was one of a few shoppers — and the only Black one — browsing the men’s section. As I moved about, I locked eyes with a worker on the floor, a young white male with tattoos on his arms and gauges in his ears. He asked if I needed any assistance.

“No, I’m just looking around,” I replied. He proceeded to follow me throughout the store, keeping a close eye on the things I had in my hands. Suspicious of what was going down in this guy’s head, I made sure not to take my backpack into the dressing room.

On my way to the register, I was confronted by the same worker who said, “I found this security tag in the dressing room you were just in. Can I check your items?” I was a little stunned, but felt obliged to show him the items I had in my hands. “I saw you walk in the room with a white shirt. Where is that?” He asked if he could search my backpack.

“Absolutely not,” I said. I took the $200 I was about to drop and spent it elsewhere. But I left feeling enraged and embarrassed.

That encounter was a shock for me. I wasn’t dressed any differently nor did I act any differently than anyone else in the store, but I realized which of my things were not like the others: the color of my skin. This was one of many instances I encountered in my time on the road. As a young adult, I quickly came to the realization that the shields of my sheltered past could not protect me in the real world.

Whether it was walking in Memphis down Beale Street as an older white stranger called me “boy,” seeing my first Confederate flag in Arkansas, or working in cities full of “Make America Great Again” banners lining the streets, I learned that I had to be on high alert. As a Black man in today’s America, I had to be mindful of whom I interacted with, what I said, how I dressed, and my overall presence and demeanor. I had to wake up in the morning and remind myself that I was Black, and because I was Black, it would affect the way people looked at and treated me. This I’ve known, of course, but it was never something that stared me down so violently until adulthood.

In today’s political and social climate, it is more important than ever to understand the necessity to confront and connect with those who are different from us. Our idea of a “post-racial America” is a fallacy. Racism and discrimination are real. The micro-aggressions people of color face are not in our heads but happening in real time. And happening every day.

As far as we’ve come, we have so much farther to go. It’s important we have these difficult conversations around race and equality. America is becoming more diverse with each passing minute. If we can’t work together to have constructive conversations around the deeply racist roots of our country, we will only continue to see today’s divisiveness worsen. We can’t go backwards. We can only move forward. The end goal is in sight. How we get there, is up to us.