Justice Shows A Different Side of NASCAR 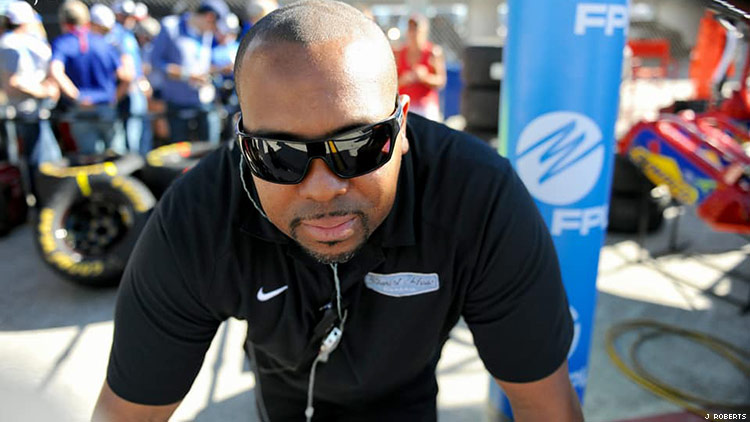 Christopher Justice is a rarely visible facet of the sports media empire.

NASCAR has a reputation — a reputation that unfairly or not has become conventional wisdom — and that reputation is that it’s hostile towards people of color. The Root once famously stated that "NASCAR has confirmed its lifelong reign as the number one sport of white supremacists, beating out tiki-torch relay racing, white Twitter-finger thuggin,’ and potato-sack hopping on Donald Trump’s nuts."

Broken down by race, Black viewers make up just about eight percent of their total viewership, so they can always argue that they’re simply playing to their base — which is why it’s all the more remarkable to encounter someone like Christopher Justice working in the pit and now behind the scenes.

When Justice began his racing career back in 2005 it was touch and go.  “I had people in the industry say that I was ‘stand off-ish.’ " Conversely however, Justice had people that looked out for him and took him under their wing and guided him. "Listen," Justice says frankly, “I have walked into shops before where everything stops and everyone stops talking — you literally have to say 'Hi, I’m here for an interview' — most often you’ll never know. The racial profiling isn’t 1950’s Jim Crow South stuff, however, being a person of color I do feel the extra pressure that I have to provide more value than the [white] guy next to me.”

Over the years Justice’s name began to get thrown around due to word of mouth, and that’s the best thing you can achieve as a professional in today's constantly shifting and dynamic job market. “As I grew in the sport, also did my name and work ethic. I began to shed the stereotypes and preconceived notions that people in this industry has had.”

Growing up in Greensboro, N.C., Justice did not follow NASCAR at all. “I only knew the drivers that were on the cereal boxes and made Sports Center. I was not into racing of any kind. I was a stick and ball kid. I was all about organized sports. Prior to my first NASCAR race, I had only been to one drag race with my childhood best friend and his dad. Racing wasn’t a part of my family’s interest.”

Following high-school Justice attended prestigious Wake Forest University  where he played football. “Being at a Division One school and playing in that environment makes you mentally tough. I played during the late '90s, early 2000s. The Atlantic Coast Conference Football (NCAA) is tough. The conference forces you to perform at a high peak level week in and week out. Wake Forest only has about 3500 undergrad students and very high academic standards, so we didn’t get the blue chip athletes like some of the other conference schools — meaning, we as players had to stay on top of [our] game as well as the books. That preparation carried over to my adult life and current career. The small things coaches or professors would preach then make a lot of sense now. Things like time management, accountability, and self-respect helped shape me into the person I am today.” 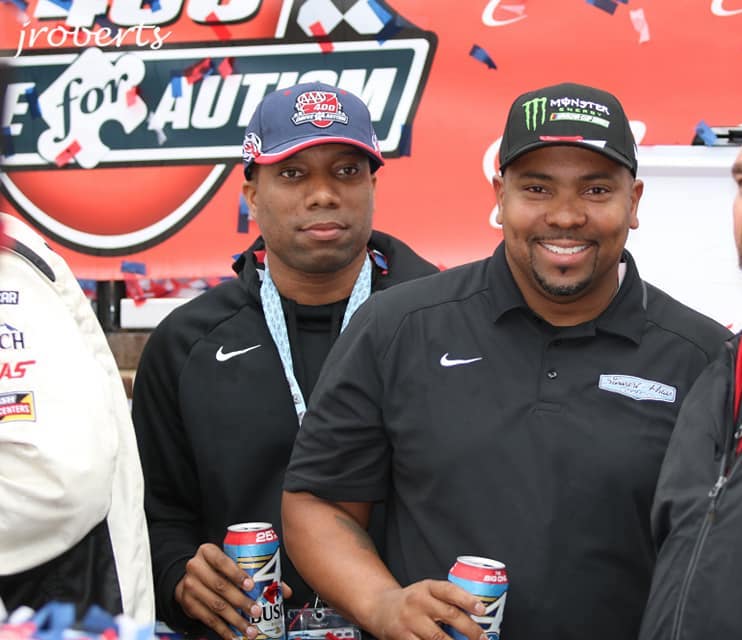 Justice knows exactly when his life changed at NASCAR. It was via a crew chief back in 2005 that made a point to observe that he thought Justice was becoming resentful towards certain duties. He realized that Justice’s intellectual curiosity and ability to see the big picture was frustrating him when he was stuck doing rote tasks. “We sat and talked and I explained my position. He suggested we find something that would keep me in the business for years to come. As a result, I became a tire guy. You will always need tires and a tire guy to race. The tire guy roll began to open up doors and create opportunities that I didn’t have by just being a mechanic on race cars. It had value. It showed that I had attention to detail. I was a tire guy from 2005 to 2012, covering all the NASCAR series. In 2012, I left my tire duties and became the track side IT support guy! Cue 'Moving on up,'" he says with a laugh.

Justice loves being asked about NASCAR, especially by kids or enthusiasts who aren’t necessarily members of the “key demographic.” He chuckles, “The biggest misconception that people have about racing is that it’s boring and all they do is turn left. Once you get to an event and see all the preparation and strategy that is involved your eyes and mind begin to open. There are many facets of racing. You have engineering, IT, fuel strategy, and aerodynamics just to name a few. From an engineering standpoint, the setup of the cars is very important. Trying to establish the perfect balance for your driver creates its own challenges. Did you get your ride heights correct? Do you have enough nose weight in the car? How will the car handle during the practice session when the track is hot and slick. The race will change from lap to lap.  You will have teams using different strategies to trying to gain an advantage over the competition. The smell of the gas, the vibrations your body receives from all the horsepower, and the sound of tires burning rubber. These are things that you’ll never experience from your Lazy-Boy at home."

Justice seeks to encourage young NASCAR fans off all kinds to take a shot at achieving their dream and he has a bit of advice: “Young people stay focused.  Have a plan of where you want to be. Just having your foot in the door isn’t enough to keep you in the business. This is an out-of-sight, out-of-mind industry. You have to position yourself to be able to move around the industry.  Create you a path with options. The number one thing I feel is the key to success in NASCAR is being personable. You have to be able to socialize in any situation.”