Shredding Stereotypes From the Projects To the Slopes 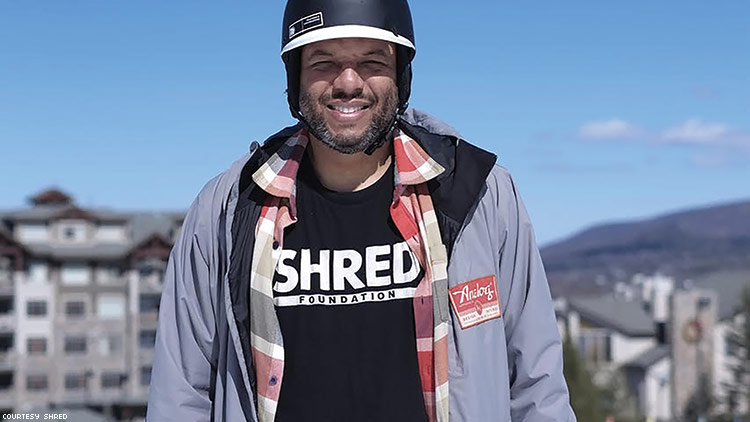 Sometimes all you need is a snowboard and a chance.

When the SHRED Foundation partnered with the Boys and Girls Club of Poughkeepsie, N.Y., it was a risky proposition. Hudson Garden Apartments, where the club is based, is an especially crime-ridden housing project in the city. It is more commonly known as “The Bricks” for its blocky, prison-like appearance. It’s an unlikely locale for a snowboarding program.

“That’s the thing though,” SHRED founder Danny Hairston (pictured above) says, “for all its perception in the community, The Bricks is also where the kids need this experience the most.”

He continues: “SHRED was the result of multiple conversations I had back in 2014 with my good friend Dan, a sales rep for some of the most popular snowboard brands in the industry. He was Transworld Snowboarding magazine’s Mid-Atlantic sales rep of the year around that time.”

Prior to moving to New York’s Hudson Valley, Hairston had worked with the national staff for Burton Snowboards’ youth program, Chill (no relation to Chill magazine), and then as senior program manager for Stoked Mentoring.

“Dan and I talked about the need of creating a youth snowboarding program for underserved and disadvantaged upstate kids,” Hairston says. “We, as snowboarders, know firsthand the life-changing experiences that snowboarding can provide. The fact that we had these communities so close to so many mountains and resorts, but no way for the kids to experience them, drew our attention. New York State has more ski areas than any other state in the country, so this was something that we felt we could change.”

Hairston adds that “one thing I learned was that the snowboarding scene in upstate New York was really big back in the day. Many people who are influential within the industry come from here. The idea was that if we could lower the barrier of entry for kids who didn’t have the money, it would also help revive the upstate snowboarding vibe. Dan also introduced me to the book Shop Class as Soulcraft, which got us thinking and talking about how we could provide career paths in the industry for kids who might not go down the college route.”

The team conducted a six-week intensive program called “Learn to Snowboard” at Windham Mountain with 20 kids from the struggling, disenfranchised Poughkeepsie City School District. Wyndham Mountain Resort provided SHRED with free lift tickets, snowboard lessons, and rentals. SHRED also received a grant from the National Winter Sports Education Foundation, “which was huge for us because it helped increase the number of youth and also paid for transportation,” says Hairston.

“Many of the kids that live here don’t know anything outside a 10-block radius — that’s their whole world — so it is a great thrill to get those kids up to the mountain.”