America Failed The Ryder Cup, But Not All Is Lost 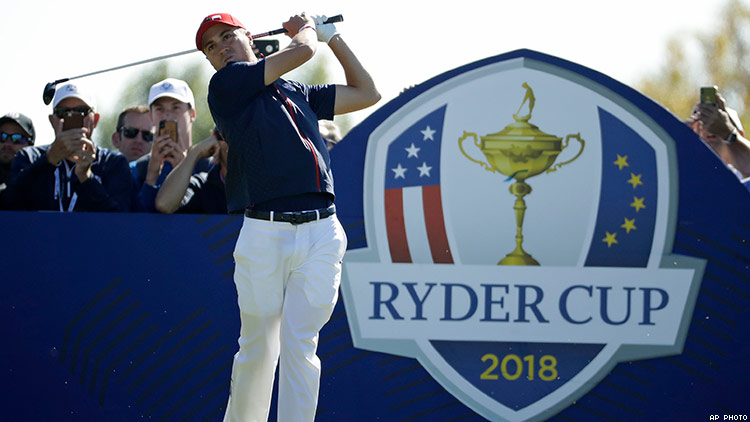 Europe dominated the U.S. at the Ryder Cup, but an accident helps put the weekend in perspective.

Well, that was ugly.

The United States crucified in the 2018 Ryder Cup, losing by a score of 17.5 to 10.5, keeping alive a losing streak on European soil that dates to 1993. The loss was team America’s worst defeat in over a decade.

The tournament returns to the United States at the Whistling Straights Golf Club in Wisconsin for the 2020 competition. A change of continents is certainly welcome as team has a marginally better record on their home soil, but the causes go far deeper than countries and courses.

First, there were problems with the pairings. The Americans traditionally fare disastrously in team match play, losing to the Europeans by an embarrassing total score of 158.5 to 129.5 since 1983. Making matters worse, Patrick Reed had his feelings miffed when his 2016 match partner Jordan Spieth was teamed with Ryder newbie Justin Thomas instead of him.

Spieth and Thomas are boyhood friends from their days competing against each other on the junior golf circuit so the pairing made sense, but Reed took it personally. Whether it impacted his play on the course is debatable, but it was clear he was not the dominant and demonstrative golfer seen in the last Ryder Cup. He went to the press with his complaints after the event – the bad feelings do not look to go away any time soon.

Then, there was the alleged altercation between good friends Dustin Johnson and Brooks Koepka. Known as the “Bash Brothers” for their friendship off the links and similar style of play, a disagreement between their girlfriends escalated to the point that Johnson and Koepka had to be separated at an after-party Sunday night.

Multiple outlets reported that Johnson fiancée Paulina Gretzky (daughter of hockey legend Wayne Gretzky) was a key player, but the principles involved are keeping quiet. Koepka denied any knowledge of such an incident and Johnson had no comment, but anonymous witnesses described the scene as disturbing. There was also a report that a dispute took place between the two on the flight over to France, and that it had to be resolved by team captain Jim Furyk. Not a good way to start a Ryder Cup.

Finally, an errant drive off the tee by Koepka on the first day of play veered into the crowds, hitting a spectator directly in her eye. Corine Remande, a 49-year-old from Egypt suffered severe damage to the orbital socket and surrounding bone structure, as well as a ruptured eyeball. She thanked Koepka for his concern and kind words immediately following the accident but is exploring legal action to help pay for the resulting medical expenses.

All in all, it was a terrible, horrible, no good, very bad weekend for the 2018 American Ryder Cup team, made worse by Johnson and Koepka's quibbling and fighting. They played horribly and kept alive a 25-year losing streak in Europe as a result. Their play was regrettable, but the personal behavior of some of the golfers was far worse, acting like children in need of a time-out rather than professional golfers representing their country.

There are any number of reasons for the continued drought on European courses. Americans seem ill-suited to the team play format that stresses cooperation over individual competition. Additionally, the layouts across the Atlantic are sometimes more favorable to a “target golf” style of play requiring greater accuracy in the mid- to short-game. Perhaps the greatest factor in recent years, though, is the good-natured anti-American sentiment that has morphed into a fierce rivalry along the lines of the Lakers-Celtics and Yankees-Red Sox. And let’s be honest about this development. Much if not all the ferocity of spirit fueling the usually respectful European spectators is a response to the inappropriate drunken behavior of fans at previous Ryder tournaments held on U.S. soil. Regardless of the excuses, the American performance was pitiful.

The Americans have two years to get their act together before the next Ryder Cup in 2020. In the meantime, let’s send positive thoughts and some sincere wishes for a full and speedy recovery to Corine Remande. In the grand scheme of things, her story is the only important one to be found this weekend. Let’s hope she finds a happier ending to this weekend than team America.