Dads Fight the Dark Side 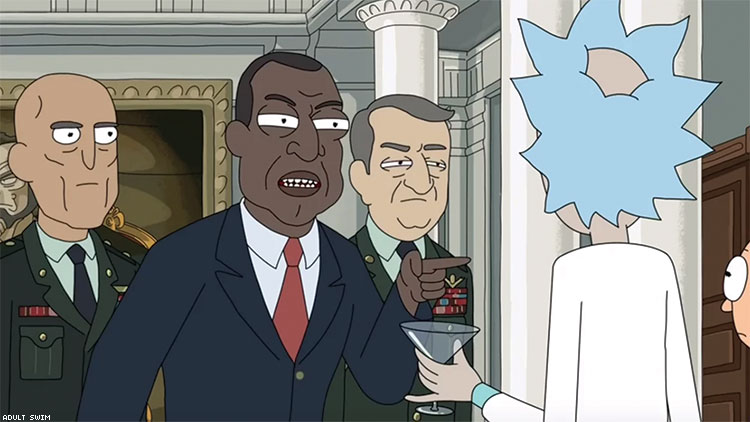 Animated cartoons can have the best father figures. This time, they're slaying for the greater good.

What better way to let two dads duke it out over who is the reigning champion of adult animation than by binge-watching Adult Swim’s Rick and Morty and Mike Tyson Mysteries back-to-back?

The universe’s smartest and most cynical grandpa, Rick Sanchez, warns his grandson Morty that shit is about to get really “dark” and the new Rick and Morty: Season 3 Blu-ray delivers.

The dysfunctional family spins out of control, shaking off loser dad Jerry in a divorce, and sending the kids spiraling into cannibalism, glue huffing, and body dysmorphia. A trip to a family therapist proves  Sanchez would rather die than put in the work to fix what’s broke.

This season also brings you a Sanchez vs. President Obama throwdown, a creepy election, and the annihilation of the human race. Good times. Fans of the cult hit (it was the number one comedy series of 2017 among 18 to 34-year-olds) also have the opportunity to get their hands on an exclusive Pickle Rick figure via GetPickleRick.com.

In season three (now streaming on Amazon Prime and AdultSwim.com), the mysteries are always a little out there — and frequently don’t get solved — but the fun is in the trip, not the destination. Guest stars like Rihanna and Snoop Dogg make even the episode the animated Tyson calls a “stupid” mystery worth your time.