Why Representation in Leadership Matters for Black Men 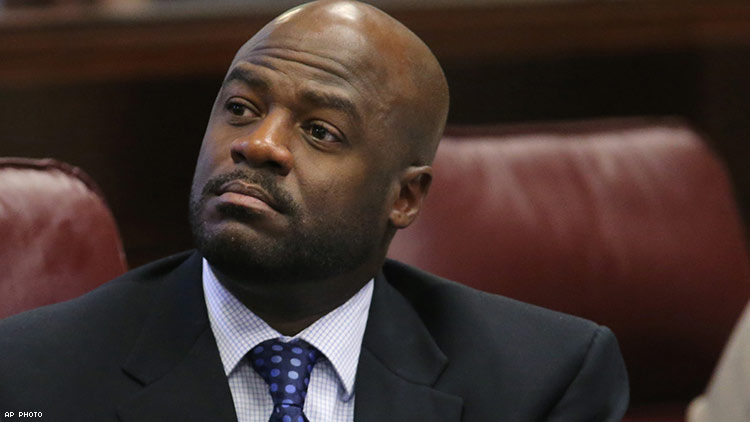 Newly elected leaders prove representation in leadership makes a difference across the country.

Last week, Democratic state Sen. Kelvin Atkinson was elected as the new Majority Leader of the Nevada State Senate. He was the first Black, openly gay member of the Nevada Legislature in 2013 when he came out during a debate in the Senate on same-sex marriage.

In the same week, 19-year-old Kalan Haywood, according to the National Conference of State Legislators, became the youngest lawmaker in the country, being elected to Wisconsin’s state assembly. He faced no Republican challenger in the general election, beating out five other Democrats to win his primary

Three very different men breaking ground in their own territories, but they all have one thing in common: redefining Black men in politics. It’s not about identity politics, it’s about representation. For a long time, politics meant old, rich, straight, and white, so those at the opposite ends of the spectrum—young, poor, LGBTQ, and/or people of color—often leaned away or disengaged altogether. So, these new elects mean more than just the roles themselves.

These men embody many underrepresented faces, voices, and experiences across the country. For years, the limited representation of the Black man — particularly Black gay men and Black youth — has impacted how Black men see themselves, see each other, as well as how the world they live in views them.

But this goes beyond representation — what is really at stake here is an opportunity to present themselves to America and by that I meant present a gay Black face that will defy the expectations and stereotypes that any associate with gay Black men.

Black gay men and Black youth are having to rewrite centuries of one-sided narratives, so each milestone is one to celebrate.

For years in media and news, stereotypes of Black men, intentionally or otherwise, have harmed not only the Black man himself, but also the community and society he moves in. With that, each account that tells and shows the levels of humanity in Black manhood begins to broaden the lens of his existence.