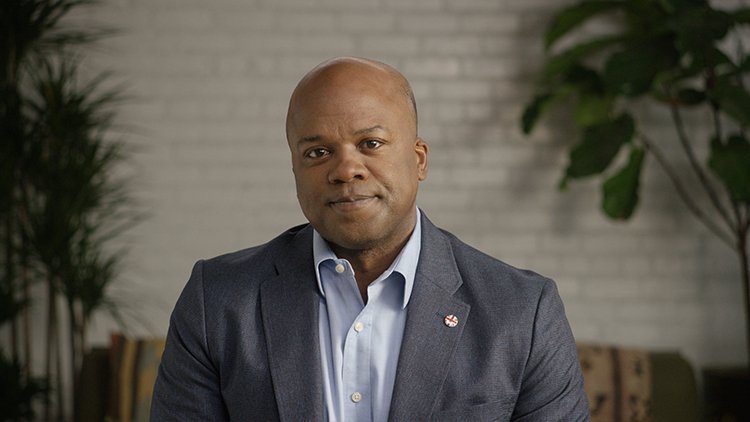 Dr. Derrick Butler says there’s no longer any reason that HIV should change your goals in life. Just take your meds every day.

Derrick Butler was just a kid himself really, medical student at University of California San Francisco in the early 1990s, but he was surrounded by death.

“I was around and saw HIV all the time, really, in that really difficult dark era of HIV,” he recalls. He worked with several doctors who were handling HIV care, which was before modern antiretroviral medications were available. “That was the era of monotherapy, and most of the patients were dying. People were really sick if they weren’t dying. I developed quite a bit of empathy and compassion for those patients. A lot of them were guys about my age. I was a young medical student. These are young gay guys my age dying these horrible deaths. I really developed a lot of compassion for that and was very comfortable with HIV and AIDS as a diagnosis and understood how it worked.”

Still a student, he wasn’t interested in going into HIV care or infectious diseases. “I had some other aspirations, but it kind of came around full circle because I wanted to work in the community as a community health physician in an underserved area of color like where I grew up,” Butler recalls. “When I got to my first job in South Los Angeles, I found that there was an HIV clinic that was part of the health center, and then really got more educated around what was happening.”

By now it was the late 1990s, and AIDS-related deaths were tapering down. There was hope — at least for some people.

“In this era, this was like the late ‘90s obviously, now we had the revolution in antiretrovirals and protease inhibitors,” Butler says. “People were now living, although treatment was pretty difficult. But seeing demographically that the African-American and Latino communities were really lagging behind in terms of awareness and treatment, and you still had a lot of people testing positive, coming into care late, the stigma was so huge in those communities around HIV, that I kind of got drawn back into it now working at this health center.”

He got the job there after first taking over the HIV clinic at his prior post. He recalls that transition well.

“I was always asking questions of the guy who was running the clinic at the time,” says Butler. “Eventually, he had to leave to go to... He got another opportunity. And he said, ‘You seem to be really interested in this,’ because I was testing patients and sending them to him and asking questions. So, he said, ‘Why don’t you just take over our HIV clinic?’ This was around 2003, 2004. And I said, ‘You know what? I think I will.’ That’s when I jumped in and became an HIV specialist and started really delving into doing the work. I haven’t really looked back since then.”

The HIV epidemic has shifted in who is most being impacted. “Now, seeing how this epidemic has affected communities of color disproportionately, that’s kind of become an area I’m pretty passionate about and trying to dissuade the stigma within our own community — even among the black healthcare professional community because it’s still, I don’t think, not where it should be.”

The affable and straight talking doctor says that a lot of people just do not understand what’s going on around HIV, because they aren’t looking “at the HIV epidemic now demographically, how it’s so disproportionately affecting African-Americans, and especially African-American MSM [men who have sex with men] and Latino MSM, and definitely in certain parts of the country, as you know, in the South.”

He says the HIV epidemic in Los Angeles is “The tale of two cities — it’s the tale of two epidemics in LA.” You West Hollywood, where many white gay men have HIV, it’s generally more affluent, more educated, more of an activist arena. Then you have Beverly Hills West Hollywood, Westwood, Butler ticks off cities going South and farther from the coast, “and then you have the South Central East LA kind of epidemic, which is the poor, black, Latino, people of color. It’s different dynamics.”

And it needs “a different kind of approach,” he says.

But faced with so many syndemics (poverty, racism, lack of insurance), how does he manage to get through to his patients who are living with HIV?

“I’ll say this, establishing trust, because many times patients don’t feel like you understand them. Like, ‘You’re a doctor. You don’t know what I’m going through.’ I first try to make it very clear that working at this health center, my own background, that I get them, I understand their struggles. ‘We’re willing to help you and work with you and to establish consistent and mutual goals, which is for you to be healthy and have a high quality of life. Now, how can we work with your life situation to make that happen?’”

He says getting that message across very clearly, showing his patients they do have people who understand their situation and “the the staff at our clinic, most of them come from the community, the surrounding community itself, so they understand who they’re working with and, I think, can communicate with folks in that same arena.”

Still, he adds, people living with HIV need to find a doctor that works for them. “Your health is your responsibility, and how you get that health, again, also falls under the same direction. If you like your pancakes made a certain way, you go to a certain restaurant to get them. So if you want your health provider to be working with you on your health to provide the best quality that you feel is useful for you, you find that person.”

Butler insists patients have more rights than they realize. “In most health systems, if you make enough noise or you really ask for things, you’ll get them…or if that health system isn’t doing that, then you need to find somewhere else. You find a place that you feel that they are invested in empowering you as far as your healthcare.”

The doctor and advocate says that there’s a level of complacency among younger people who didn’t live through the plague years of the early AIDS crisis. “This newer generation has no clue to what we were dealing with back then. The good thing is now because testing is better, people are coming into care in general earlier, getting testing earlier, so they’re not coming in as sick, and treatment is so much better.”

Everyone still asks Dr. Butler the main question: “Where’s the cure? Is this ever going to be curable? Can I ever be just cured where I don’t have to take pills?’ That’s probably one of the big ones. I just tell them, ‘Be hopeful. It’s being worked on.’ I tell them, ‘There’s lots of work looking at a cure, but right now the best we can do is this daily regimen, which now has been as simplified as it can be,’ that there are going to be some other options coming up soon, injectables for longer-term intervals of treatment. There’s some options coming that may make it even easier for certain folks who would be amenable to that.”

He says much more needs to be done to get people with and without HIV to understand that undetectable equals untransmittable (U=U), especially now that the Centers for Disease Control have documented that people with undetectable viral loads cannot transmit HIV and people taking PrEP generally cannot acquire it (there have been three verified transmissions on PrEP in over 20,000 sex acts).

He says undetectability has made it easier for HIV-positive people to have children without any medical intervention and today around 90 percent of people can be undetectable on pretty much any of the antiretrovirals. Switching meds is no longer a danger. In fact, HIV no longer should stop you from doing anything you want in life.

Some newly diagnosed guys come in, recalls Butler, thinking life is over. “They say, ‘Oh, what am I going to do? I was going to go to school. I was going to do this. I was going to start that.’ I’m looking at them like, ‘Why, the hell won’t you just do that?’ ‘Well, I have HIV.’ I’m like, ‘So?’ Right? ‘I’m here to help you make sure that the HIV is under control and you can go ahead and still do those things. Your life doesn’t have to change.’”

5 Tips for Living Health With HIV from Dr. Derrick Butler

Tags: My Health, My Way, HIV