Coffee Is Still California's Drug of Choice Despite Cancer Warnings 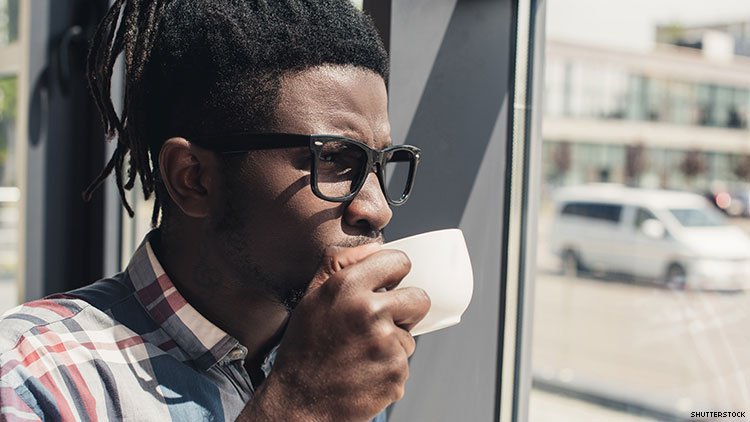 It turns out that California and the Trump administration do agree on at least one thing: Don’t mess with coffee.

Trump’s hand-picked food and drug czar, Scott Gottlieb, said Wednesday that he “strongly supports” a proposal by officials in Sacramento to exempt the morning elixir from the state’s list of known cancer-causing compounds despite a court order to the contrary.

Java fans received the news nonchalantly, making it clear they would not be put off their cup of Joe no matter what Gottlieb or state officials had to say about it.

Sid Silverthorn, sipping his favorite hot beverage outside a Sacramento Starbucks, said he’d been treated for prostate cancer a couple of decades back and since his recovery has been vigilant about products that could harm his health.

Coffee, he said, is not one of them.

“I think coffee is fantastic,” the 88-year-old said with relish. “I think it’s good for me, good for my heart, makes me happy.”

Despite the passion of hard-core consumers like Silverthorn, vendors worry that cancer warnings posted on their doors wouldn’t exactly be seen as welcome signs.

“I think it would evoke a visceral reaction,” said Lauren Taber, spokeswoman for Pachamama Coffee Cooperative in Sacramento. “People go into their local coffee shop and think ‘Wait, I can get cancer from this?’”

In this state, coffee drinks can be an art form — with devotees routinely laying out $5 or more for triple non-fat spiced lattes, extra hot or upside down. But that has clashed in this case with another state obsession: triple-checking the purity of food and drink.

The whole brewhaha started with an eight-year-old lawsuit that culminated earlier this year with a Los Angeles Superior Court judge’s ruling that coffee must be labeled a carcinogen under California’s Proposition 65, a law that requires public disclosure of chemicals determined by the state to pose a risk of cancer.

At issue is a chemical called acrylamide, a byproduct of coffee roasting also present in many other foods that are roasted, fried or baked. It is already on California’s list of potential cancer-causing agents, but had not been widely associated with coffee until the lawsuit. Industry officials argue that a cancer warning is off base, because coffee contains only trace amounts of acrylamide.

The state agency that oversees Proposition 65, the California Office of Environmental Health Hazard Assessment, responded in June to the judge’s ruling with a proposal to exempt coffee from the cancer disclosure law.

The agency pointed to a report by the World Health Organization’s international Agency for Research on Cancer that concluded there was “inadequate evidence” to link coffee drinking to malignancies. In fact, the report found that coffee was associated with a reduced risk of liver and uterine cancer and was not a cause of breast, pancreatic or prostate cancer.

The agency aims to finalize its proposed regulation by the end of this year.

Gottlieb, commissioner of the Food and Drug Administration, said a cancer warning on coffee “would be more likely to mislead consumers than to inform them.” And, he said, it could violate a federal law that prohibits misleading labels on food.

“Now that science has so comprehensively established the facts on coffee, we believe it is incumbent on regulators to give citizens confidence in what they are consuming,” Bill Murray, CEO and president of the National Coffee Association, said in an email.

Kirsten Richardson, 30, a North Carolina resident who was visiting Sacramento this week and stopped in for a vanilla latte at The Mill, a local coffee shop, said she was glad to hear the FDA had vindicated her favorite drink.

“But at this point I don’t think it makes a difference to people,” she added. “We’re all addicted.”