How Do I End Poz Stigma When the Person With the Problem is Me? 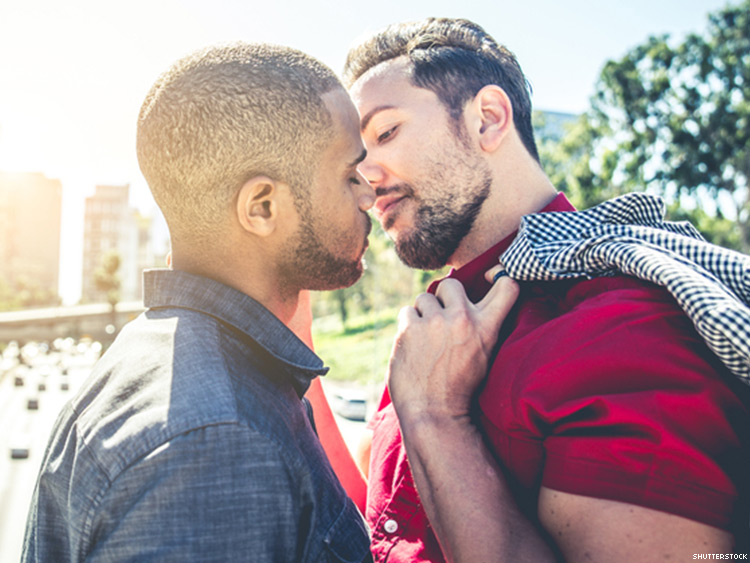 The first thing I was taught after being diagnosed with HIV was that I was no longer desirable.

My boyfriend wants to fuck me raw.

Though he hasn’t said it yet, eventually he will. Right now, however, he is just a tapestry of hints and subtleties. He asks me if he can just put the head in. He says he just wants to loosen me before slipping on the condom. I flinch as he enters — my skin its own flimsy fabric against his pulsating raw erection. I tell him, “That is enough. I am open now.” But he wants to know just how open I am willing to be.

He thrusts, and I see it, as clear as a ripped blood vessel. He thrusts, and there it is, a hail of Triumeq plummeting from the sky. I push him off of me. Ask him what’s his problem. Ask him if he has a death wish. I tell him, “I am not into that weird shit! You know what the fuck I got!” And the whole time I am talking about my body. I am talking about the absurdity of a man who would willingly place himself in a den of poison. He pauses, brushes the sweat from his brow and responds, “You have got to get over this. You know I’m taking PrEP, and your viral load is undetectable. It’s like impossible for you to infect me, babe.”

The first thing I was taught after being diagnosed with HIV was that I was no longer desirable. It was a lesson learned in segments. It was a class in which my mother cried and told me, “At least you know that all your partners from this day forward will love you for you.” Her not so subtle way of saying that I am a risk not to be taken lightly.

On the first day of my “newly diagnosed” support group, the discussion centered around “disclosure,” or rather, “how best not to scare off a boy with your blood.” I took every note. I learned how to apologize on the behalf of an entire immune system. I’m sorry. I’m sorry. I’m sorry. I’m sorry. I was finally ready for a date, for a disdain, for a text with no response, for a life spent alone.

But this boy wants to fuck me just as raw as he wishes to love me — and he isn’t the first. The boy before him laughed when I emailed him all the anxiety I felt around disclosing my status. He said, “I thought you were smart, but you must be pretty stupid if you think that would run me away.” He was the first boy to approach me a year and a half after my diagnosis. The first boy on whom I tested out my disclosure routine. And the first (and only) white boy I have ever dated.

What I did not know (was not taught) is that every boy after him would also think that I must be “pretty stupid” for having these anxieties. How each boy after him would be relatively unbothered by what lives within my veins. This isn’t a scenario that was discussed at any of my support groups. Our discussions solely centered around us being the problem. Which, given a history where HIV positive people have literally been quarantined, isn’t an illogical place to begin these sort of conversations.

Yet I, unprepared for such a possibility of being lusted after still, figured this white boy was something exceptional. Figured it was his whiteness that bred such understanding. And this is how I learned to hate my body more.

This is how my blackness became as much the problem as my viral load.

While we were dating, I could never bring myself to have penetrative sex with the white boy. No matter how much he would ask, I knew it was my forever responsibility to protect him from me. Today, however, I am grateful to know that I was actually protecting myself the entire time. Not allowing his white (everything) to occupy any more space within me.

The fact that I am HIV positive is a result of anti-black state sanctioned violence. The infrastructure of this world assures that black people are the most vulnerable to poverty, homelessness, and unemployment — all factors contributing to the rise of the HIV epidemic. When we allow a single narrative, like that HIV automatically makes one undesirable, to shape such state violence, we also allow room for even more anti-blackness.

I thought the white boy was exceptional because I was only told that being poz would make me hard to love, and yet he loved me. I was never told that a white man’s type of love could just as quickly have me caged in prison. Which shouldn’t come as a surprise because white men were taught by patriarchy to imprison everything they love a long time ago.

I am convinced that “safe sex” is now and has always been for the white boy, who gets to decide whether he wants sex to be “safe” or not, because something is always around to protect him. No matter how many black men and non-men I have fucked, sex has never been safe. Even if our general fears of being black and vulnerable doesn’t manifest in the bedroom like my fears, they do elsewhere. Whether it be the street, the office, the classroom, the job interview, two blocks from the precinct, black terror always manifests.

This is all that we bring to sex — whiteness the disease that infiltrates everything. And I need to believe that this truth is as worthy of a war (or a campaign) as the war against the stigma our partners may or may not carry against us.

For a moment, would you imagine with me a world where a poz person being discriminated against for their status while trying to get dates isn’t the only story? Imagine a world where a queer black boy seroconverts and spends the rest of his days angry that everyone else isn’t as afraid of his body as he is.

What happens to our campaigns to end “poz-phobia” when it is the poz person with the hang-ups?

What happens when talk of PrEP or PEP isn’t enough to convince me I’m not a faulty grenade pin on the brink of decimating someone’s life? Some days I wish I could put this fear on everyone else. Some days I wish I had a story about the boy who left because he couldn’t handle it. But the truth is I am always the boy who leaves. The boy who rebukes the two hands reaching towards him in the middle of the night. The boy who views his body as nothing worth saving. And this is the conversation around HIV stigma I so desperately need.

Two years ago, while with my boyfriend (a black man), I decided to get a tattoo. I wanted one that would expel all the hatred and fear I felt for my body. Eventually I landed on a quote from Audre Lorde, “I am deliberate and afraid of nothing.” But it wasn’t until I arrived at the tattoo shop that I remembered my thick toxin. All I could think about was my blood, their needles, and the poor person whose life could possibly be altered after I leave. But somehow I managed to get it anyway, for myself, and I like to believe that is a victory worth celebrating, too.

Timothy DuWhite is a black, queer, poz-writer/artist/nigga based out of Brooklyn, NY. A majority of his work circles around the intersections of state & body, state & love, and state & mind. All Timothy desires is a different/newer world for his sha-daughters, and believes the written word is one tool that could be used towards achieving that goal. This story is part of the Black Youth Project.