With STIs On the Rise, What Does That Mean for Guys? 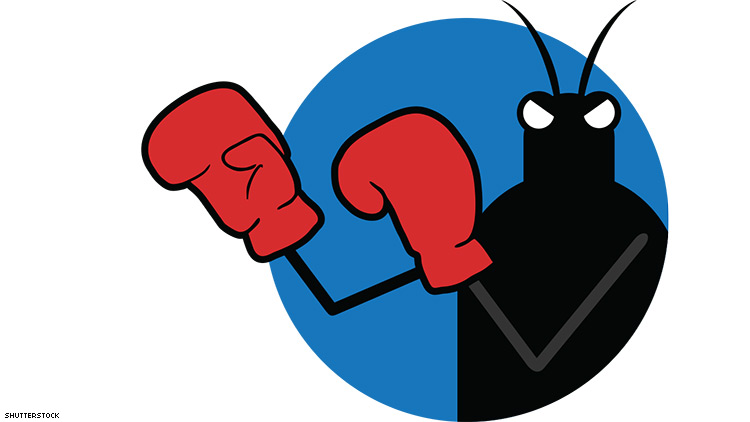 STIs are at an all-time high. Find out how to prevent them.

The latest data from the Centers for Disease Control and Prevention show that sexually-transmitted infections are still on the rise with a record-breaking 2.3 million reported cases of chlamydia, gonorrhea, and syphilis last year alone. That number has been increasing sharply since 2013, and experts say it shows little sign of slowing down.

In 2017, there were a reported 1.7 million new cases of chlamydia among men and women. For men, the number of gonorrhea diagnoses increased by nearly 20 percent from the previous year. Men also accounted for 88 percent of all primary and secondary syphilis cases.

Gay, bisexual, and other men who have sex with men are particularly at risk, making up about 68 percent of all STI cases where the gender of the sex partner is known.

Though most of these STIs cause few symptoms, if left untreated they can lead to chronic pain, infertility, early dementia, and death. And if you have one STI, you’re more likely to acquire HIV down the line.

The CDC recommends that anyone who’s sexually active should talk to their health care provider about STI screenings. Sometimes, health messaging seems to place responsibility for testing and treatment primarily on women and gay men, but the CDC screening recommendations apply to everyone who is sexually active — regardless of your gender or that of your sex mate’s — especially if you have any symptoms of an STI. Many healthcare advocates are pushing for STI testing to become a part of routine screenings, to eliminate stigma and increase testing rates.

Taking steps to prioritize one’s own care is always important — and empowering. Experts believe more efforts should be directed toward preventative methods. Here are a few expert-endorsed tips:

Knowing what’s what among sexually transmitted infections is a great first step in being in charge of your sexual health. Chlamydia, gonorrhea, syphilis, pubic lice, and HIV each have different symptoms but many of the same risk factors.

Be Your Own Advocate

Using condoms offers protection from most STIs, though they can’t provide total protection against herpes and HPV, because both can be spread through skin to skin contact rather than merely intercourse.

Pre-exposure prophylaxis, or PrEP, when taken as approved by the FDA, is a treatment that makes it nearly impossible for you to acquire HIV, even if you have sex with someone who is HIV-positive. Meanwhile if someone with HIV is on treatment and has an undetectable viral load, they can’t transmit HIV to you (or anyone else). Those who haven’t been tested and therefore don’t know they are living with HIV are those most likely to transmit the virus to others.

Cut Back on Partners

Abstinence is a safe but an unreasonable goal for most. But you can lower your risk by reducing the number of sexual partners you have. And make agreements that if either of you is non-monogamous, you’ll will inform the other if you have sex with someone else. That way you both can make educated and empowered decisions about testing, prevention, or treatment of STIs.

Make A Visit to The Clinic Together

Before having sex with a new partner, be sure that both of you get tested. Testing together routinely can also be great for building intimacy. Now days you can even do couples testing in the comfort of your own home through online sites like mylabbox.com.

Though chlamydia, gonorrhea, and syphilis are still curable with antibiotics, some vaccinations for virus-based STIs are available and recommended. In particular, the HPV vaccine is a must, because the virus has long-term health impacts and few symptoms. Talk to your doc or a clinic worker about what might be right for you.

Antibiotic resistant strains are on the rise. Defend against developing resistance by starting treatment as soon as possible and taking all the medication you are prescribed. Many STIs are curable. HIV may not yet be one of them, but prompt and steady treatment can still prevent symptoms and make it so you can’t transmit the virus to anyone else.