Sex Workers Are the Real Experts At HIV Prevention 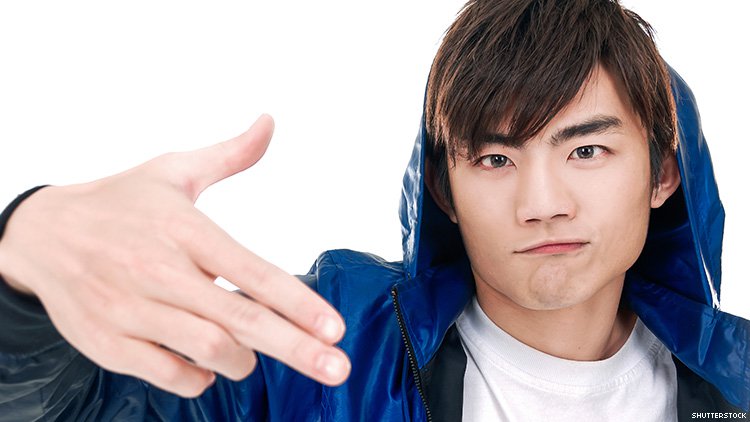 The weekend before the 2018 International AIDS Conference, a group of media representatives toured Amsterdam’s Red Light District, which has the largest concentration of sex workers in the Netherlands. Amsterdam’s efforts to prevent HIV in the sex worker community takes a harm-reduction approach, which is perhaps why you are more likely to get an STI from a university student than a sex worker in the country, according to director of the Prostitution Information Center, Nadia van der Linde.

The center provides a wealth of material about the local sex work scene. Van der Linde soberly explains that the city’s conservative voices are calling for further curtailing or complete elimination of both the sex and cannabis trades due to what’s being seen as an “unsustainable” influx of tourists seeking both.

Van der Linde joined the PIC board in 2016 when its founder, Mariska Majoor, retired from the role. Van der Linde is also a coordinator at the Red Umbrella Fund, a global grantmaking organization run for and by sex workers.

Majoor, a former sex worker, is also cofounder of Proud, a Dutch sex workers union; and author of several books about sex work. Majoor and van der Linde reiterate that the female (both cis and transgender) “freelancers” who work in the Red Light District have lower STIs and HIV transmission rates than female students in the Netherlands.

“It’s the stigma,” Majoor says about what makes sex work dangerous, even in Amsterdam’s permissive (but heavily regulated) environment. “The more you criminalize sex work, the more every aspect of the business becomes stigmatized and invites more danger.” And stigma, she underscores, “is what really kills.”

Lyle Muns, a student of political science at the University of Amsterdam, agrees. Sex work is Muns’s side hustle. He’s also a vocal advocate for people living with HIV. He came out as HIV-positive last year in a YouTube video.

“People with HIV usually do not say they have it,” Muns says. “While it’s fine to live with this virus, there are a lot of misunderstandings so talking about it is difficult. So, I call it a coming out because I want to emphasize that. If I did not get out of the closet, it wouldn’t fight the stigma as well.” The young student is also in favor of global decriminalization of sex work and represented the Netherlands as part of the country’s delegation at the International AIDS Conference.

Most of the effort to test and treat sex workers in Amsterdam falls on the shoulders of the Prostitution and Health Center 292, which provides general healthcare and STI testing (including HIV), as well as counseling and treatment. While primarily serving women, counselor Sjaak van der Kolk said he sees nearly 300 male sex workers a year, most who have sex with other men. Van der Kolk estimates the total population of male sex workers in the city to be nearly 700 — far less than the estimated number of women (3,000).

Muns supports laws against sex trafficking, but he suggests the enforcement of these laws making sex work a crime can cast a wide net by also putting those who practice consensual sex work in jail. “Look, sex work exists in any kind of society, it doesn’t matter what kind of laws you have,” Muns says bluntly. “Whether you completely criminalize it or completely legalize it, the question is how much you know about it and how able are you to control the issues that are going on in the sector, to provide health, to guarantee security.”

With criminalization, comes stigma, fear of retribution, and less control over sex workers’ own agency — all of which can actually invite violence, abuse, and trafficking. An advocate for PrEP, the HIV prevention strategy that when taken as prescribed makes it virtually impossible to contract HIV, Muns argues one of the reasons he acquired HIV was because PrEP is not widely available in the Netherlands and that the cost (nearly $600 a month) is prohibitive for most people. Hopefully that will change. Muns says the LGBTQ community is “working towards getting PrEP covered by the government and educating the public.” But there is still a long way to go.