Letting His Hair Down 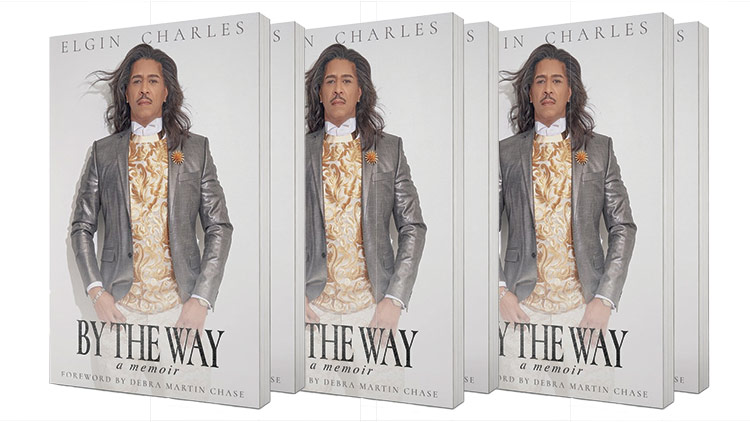 Renowned stylist Elgin Charles has a new book, and it’s all about hair, sexuality, and fatherhood.

Celebrity hairstylist Elgin Charles is undoubtedly one of the most popular in his field today. His 25-year-old salon made history as the first to cater to African-American clients in the 90210 zip code (aka Beverly Hills).

His star-studded client list has included Serena Williams, Drew Barrymore, and Gabrielle Union. Charles has his own VH1 show, Beverly Hills Fabulous, and appeared in Chris Rock’s documentary Good Hair. His new memoir, By the Way, is a lyrical and honest retelling of his life and loves, including his son Frank (now an adult) and his ex-wife, actress Jackée Harry, whom he’s still good friends with.

The book also chronicles his relationship with his father, who died two years ago, including their conflict about his sexual orientation. “I’ve been living in fear — and especially with my dad,” said Charles, who recently came out as bisexual. “I [always] said that when he passes, I’m just going to write a book and really just put out there everything that I’ve done in my life. I think it can be helpful for other people, and definitely helpful for me.”

In many ways, Charles’s love of hair intersects with his coming out journey, which is traced in By the Way. “For as long as I could remember, hair has been a part of me,” he reminisced. Charles’s father, however, was less thrilled with his young son’s passions. Charles, now 58, described his dad as a “good man,” but one who was “dogmatic” and “rigid” in gender-policing during his upbringing.

Once, his father asked why he chose to dress so flamboyantly on his television show. “I was like, ‘Hey, I’m a hairdresser. We have that freedom. We should be able to do that.’”

His dad, he says, surprised him with his response. The older man told Charles, “I don’t know what I did, but I must have done something right.”