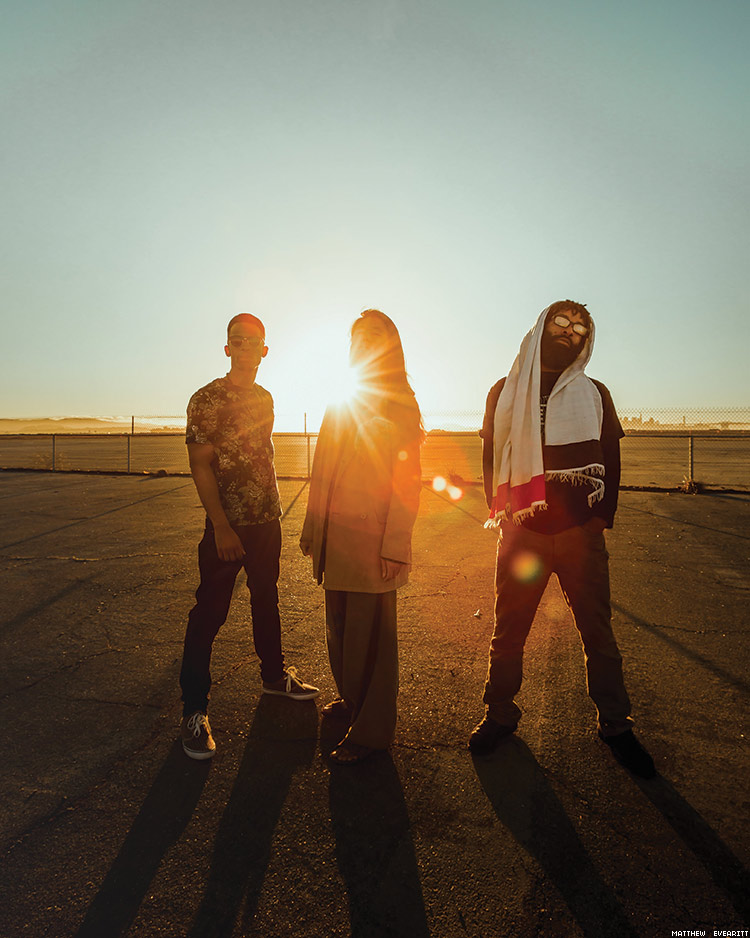 A new sound is coming out of Oakland, and it’s a musical mashup like none other.

Innovation is taking something and growing it in a new way, and that’s just what the guys behind Ensemble Mik Nawooj (EMN) are doing. In 2010, Christopher Nicholas and JooWan Kim founded the Oakland-based ensemble made of flute, clarinet, violin, cello, piano, drum, bass, two MCs (Do D.A.T. and Sandman), and a lyric soprano, which fuses hip-hop and classical music like the world has never heard.

As executive director, Nicholas’s role is to manage public relations, build development and production strategies, and coproduce with Kim, the artistic director and composer. Blending hip-hop and classical music is not for the mild mannered, and the Ensemble Mik Nawooj embraces that uncomfortable space.

Kim tells Chill there has been some pushback from musical classicists and some hip-hop aficionados alike. “EMN is unapologetic,” he says. “If you’re doing something legitimately new and meaningful, get ready to eat a shit sandwich, because that’s what’s gonna happen at first.”

A classically trained pianist, Kim says he had an epiphany, “I was having an existential crisis as a classical composer. So, I wanted to get out of that stifling and crazy genre. People say classical music is the pinnacle of music [but] let’s be real — it’s classical music that needs hip-hop, not the other way around. Hip-hop will be just fine. But in order for classical music to survive, it has to change.”

Kim’s own journey to hip-hop was one of immersion. “After six months of writing an album, I delved deeper into hip-hop, and it was NWA’s ‘Fuck tha Police’ that showed me what hip-hop was — how much energy it had. I always say I was dipped into the river of hip-hop by Dr. Dre and was reborn as a hip-hop composer,” Kim laughs.

For Nicholas, another focus is increasing visibility for — and accessibility to — EMN. “After listening to the first album, I realized that it needed to be more than just an album,” he explains. “There needed to be consistent shows for people to know about [the Ensemble]. We’ve been doing this for about eight years and take it pretty seriously. In the beginning, it was so new — mixing hip-hop with classical music, and there were a whole slew of assumptions. We wanted to be very clear in our narrative and to control our narrative.”

Kim, who is Asian-American, says its essential to him to recognize his indebtedness to the Black roots of hip-hop. “Black people — Black Americans — created the culture of hip-hop. I think in America, because of its unique history and experiences with oppression and racism, it’s hard for a lot of people to think outside the box — this invisible box. And I say invisible, because people don’t even know they’re in it.” Kim goes on. “The true definition of cultural appropriation to me is that — posing as something you are not.”

“Whatever it is you are naturally inclined to do, it should be reflected outside,” says Nicholas. “And people will get it, believe it or not. And artists should not be afraid of what they create and should be open to accept and grow with that and allow people to do that with them.”

Ensemble Mik Nawooj has been making impacts and is looking to “broaden the output” by touring farther afield, in the U.S. and abroad. “As we move forward, we do want to build the Ensemble, and are looking into more collaboration and expanding,” says Kim.

He sees collaboration with other artists as essential for EMN’s growth. “Think about it like a guy who studies French cuisine in France and comes back to America and opens a burger joint. The burgers will be different, because he will use the techniques he’s learned. In culinary arts, in fashion, in filmmaking, it’s the same.” Kim continues, “We want to add things that are working now and create new music, based on something that works and is fitting to the world. We are here to disrupt the arts market and change it.”

The Ensemble embraces change, but also stays true to their Oakland roots. “As we are doing production, we want to make Oakland a hub [for our music],” says Nicholas. “Maybe do an annual event in downtown Oakland, where we do our prototype work for low cost to free, so people can see it. Even when we go out and take it to people, we are always coming back to Oakland.”