Dyllón Burnside Is Pumping Up the Volume 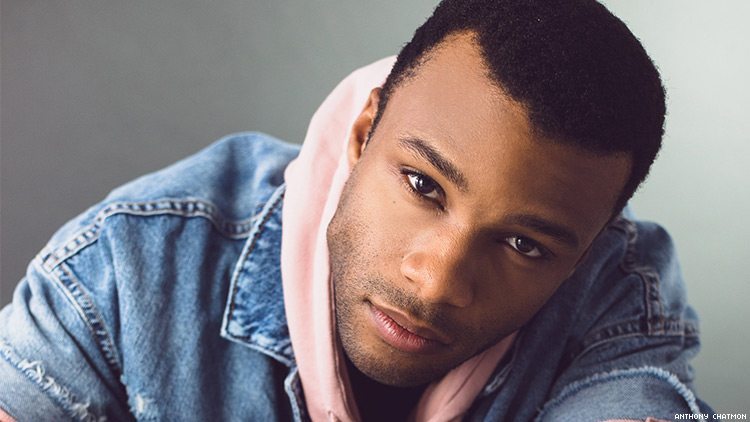 FX’s breakout star shined a light on history with Sunday's premiere of Pose.

The latest Ryan Murphy project, Pose, revolves around the Black and Latino queer and trans youth of New York City’s underground ball culture. The FX musical series, which premiered last Sunday, is set in the 1980s—juxtaposing the lives of street kids battling the growing AIDS epidemic alongside the extreme wealth of New Yorkers like Donald Trump and the rising downtown social and literary scene.

Actor Dyllón Burnside sees Pose as a response to today’s social climate. “I think it’s important to have work out there that pushes up against the [oppression] that says, ‘No, we are not gonna be silent,’ but in fact says, ‘We’re gonna get even louder, advocate for ourselves, and advocate for those who can’t advocate for themselves,’” he says.

Pose does just that. Burnside believes it will unite, not just those who identify with the transgender and house/ball communities, but many of their intersections as well. Whether Black, trans, Latinx, female, or otherwise, in this current administration, many communities and cultures are under attack. “I feel an enormous responsibility to take care of these stories,” Burnside explains.

When Burnside, who is cisgender (a term for people whose gender identity matches the sex they were assigned at birth), first looked at the script, he wasn’t sure he was the right fit for the show, which features the largest cast of transgender actors on television, ever. But his agent was able to help him push past his self-doubt. After filming an audition tape, he was asked to come in for a screen test with creator Ryan Murphy himself. Producers later told him he didn’t get the part, but Murphy loved what he did in person and wanted to create a new role just for him—and thus, Ricky was born. 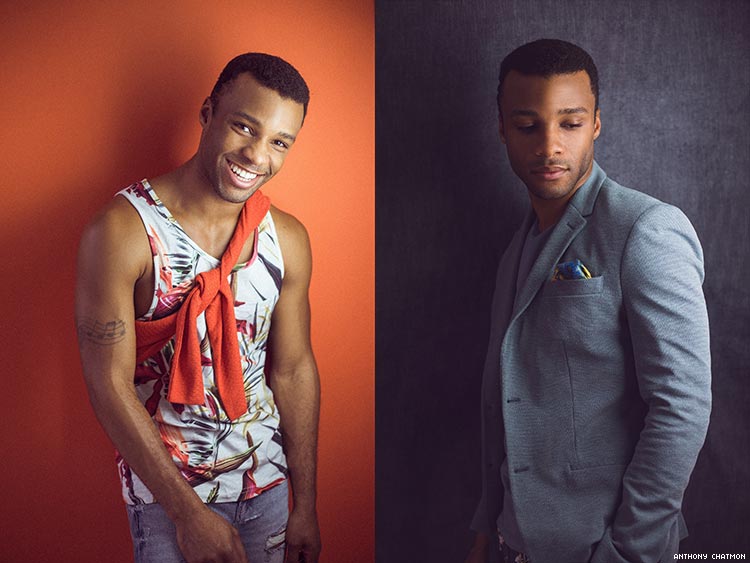 Becoming a part of the house and ball culture was Ricky’s way out and off the streets. “Ricky was abandoned as a kid, and finds himself living on the streets of New York, where he has to make compromising choices to survive the streets,” Burnside explains. “He has a chance encounter with someone who asks him to consider joining a house in the ball culture.”

Burnside admits he knew very little about ballroom culture itself, which many don’t realize has had a huge influence on popular culture today. He made sure he was armed with the knowledge necessary to succeed on set. “I didn’t have a lot of personal experience with the culture, so for me, in preparing the for role, there was a lot of digging through archival footage, trips to the library, and trying to find things online,” he says. “One thing about the ball community and the history is that there is not a lot of documentation, so you have to piece things together to get a full comprehensive picture.” 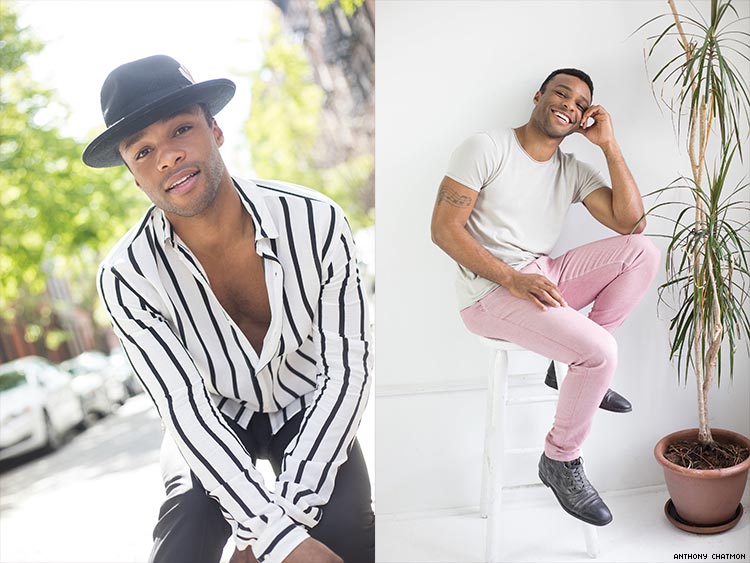 One of the most notable representations (and arguably the definition) of ball culture is the 1990 documentary Paris is Burning, which speaks to the genesis of voguing and highlights the fertile ground of house music, fashions, and many of the terms that have made their way into mainstream, like fierce, shade, and reading.

In his research, Burnside spoke with several people from the ballroom scene—one being Twiggy Garçon, legendary house and ballroom runway performer and the New York City Prince of the House of Comme des Garçons. Garçon also advised the show’s creators in the making of Pose, undoubtedly making his own TV history in the process.

“I feel really honored to be a part of something that’s so groundbreaking, it’s truly a privilege,” Burnside says. “I’m getting an opportunity to give voice to some folks who haven’t necessarily had their voices heard on a large scale prior to now.”

He adds, “I like to think of myself as someone who is open minded, even still I have had a lot to learn throughout this experience. This process has been super enlightening and eye-opening for me. Even though an experience can be completely different from yours, you may find yours mirrored within it.”

Burnside dedicates his role to the memory of Giovanni Melton, a 14-year-old queer boy killed by his father who didn’t want a gay son. And to “all the other queer boys and girls who were murdered, abused, and ostracized from their birth families.”

Regardless of one’s identity, Burnside has a hopeful takeaway for audiences watching Pose. “They’re not watching a trans show, they’re watching a show about human beings. I hope that viewers see themselves in the characters despite gender or sexual identity. I hope we are able to not think too hard on a person’s otherness.”