Breaking Through With Power 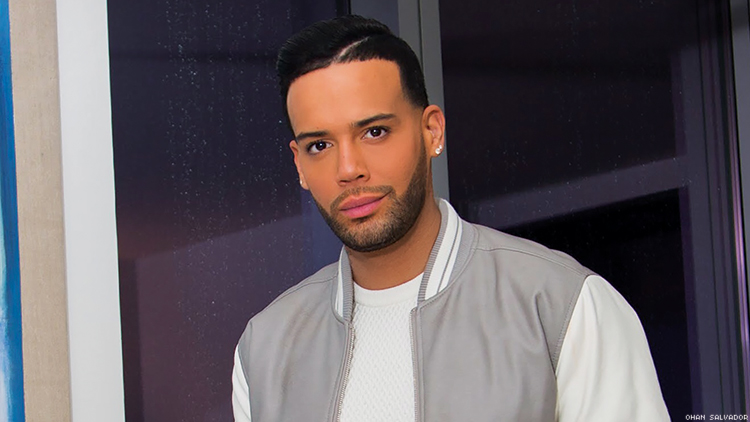 Since his big break on Love & Hip Hop: New York, Jonathan Fernandez is becoming a major entrepreneur. And he’s only just begun.

Love & Hip Hop: New York star Jonathan Fernandez began working in makeup at 15, while living with his large, tight-knit family in Washington Heights, N.Y. He quickly proved his value after working with big name clients like Anais Martinez (also from Love & Hip Hop). Now, with the launch of his new makeup line, By Jonathan, the star is ready to take the world by storm. Fernandez opens up about his childhood, the show, and what’s next.

How has life changed since you started the show?

When you sign up to do a reality show, you basically sign up to have video cameras there all the time. For the first three years, I was able to share the platform with my best friend, Anais. And the focus was her. I was just there to give advice. But this experience did help me to get comfortable being on camera. Once the cameras are on, it’s like, “Oh, crap, I can’t hide.” They want your thoughts, your opinions — and I have a lot of opinions, [but] it can get you in trouble, especially if you’re sitting at a table of, say, eight other people, who also have strong opinions… Personalities change once the camera comes on, because a lot of times people want to do what’s called “steal the scene.” People will lie on you, throw you under the bus, they’ll do all kinds of things. I had already witnessed that for seven years, so I walked into the situation prepared, because I’ve seen it all.

What made you decide to share your traumatic experience of being sent to gay conversion therapy when you were 10 years old?

[During] casting, [producers] ask you questions on camera — all the way from your childhood. I mentioned [the experience] in passing and choked up and skimmed past it. The producers said, “Well, don’t skim past it. If you’re still choking up, then there must be unsettled issues.” And the more I talked about it, the more I broke down. I could not stop crying. They stopped the cameras and asked me why have I never talked about this before? I said, “I’ve always had to be the strong one, and I didn’t want people to feel bad for me. I didn’t want people to feel sorry for me.” The producers said they would never force me to talk about it or do anything, but they did believe that by sharing my story I could help heal people who may have gone through the same thing. Or that I could possibly dissuade somebody from doing this to their child.

That changed it for you?

I said, “You know what? You’re absolutely right.” But first [I needed to] have this conversation with my mom and ask if she would be comfortable coming on television to talk about what really happened to me [in conversion therapy], and I’ll make my decision based on that. She saw that I felt strongly about it and agreed. I know how sometimes these family conversations [on television] can go left. And I didn’t want my mother to feel ambushed. I wanted to repair our relationship, not make it worse.

What would you say to the parents of non-conforming boys and girls?

Dry your eyes. They don’t see you now, but one day they will. You are great. Embrace that you are weird, but it’s magical. You are magical. And there are other magical kids just like you.

What’s next for you?

I’m focusing on my makeup brand launching in April — available at ImSoJonathan.com. But I am expanding beyond makeup. I realized what I love about makeup is being around people, talking to people, making people feel good. So, I’m also working on a radio show. I can’t say the name yet, but my on-air personality will be named Motor Mouth Johnny. It’s not quite a gossip column, but imagine if Mario Lopez, Andy Cohen, Ricky Martin, and Anais had a baby and he had a talk show — it’d be that — on the radio.

I’ll also be managing artists. Yandy [Smith, of Love & Hip Hop: New York] has taken me under her wing. I want to give other LGBTQ entertainers like me opportunities. If I’ve been given a platform, why not share it? Actors, singers, dancers, artists, all that. I like to juggle a lot of balls — no pun intended.

What are your words of advice?

Past experiences don’t define us no matter what the world sees or how society treats us. We determine our own worth. We know what we bring to the table, and we matter. And if you’re in charge of that in every situation, nobody can make you feel any kind of way. You have the power to make them feel some kind of way.