Write Your Way Out 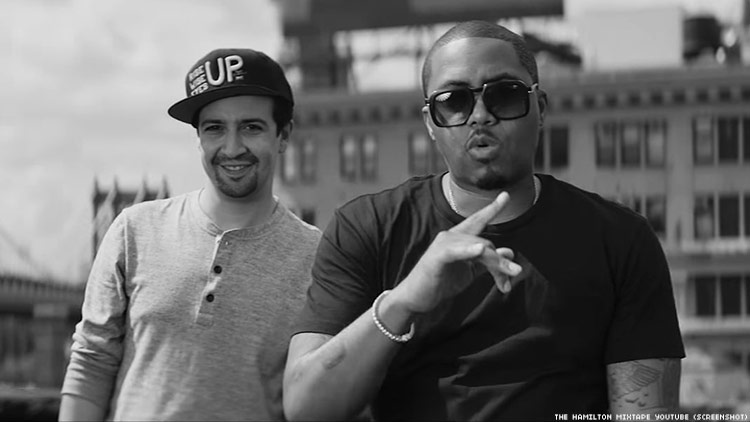 The phrase “I picked up the pen, and I wrote my way out” was at the center of the song“Wrote My Way Out” by rappers Nas and Dave East, singer Aloe Blacc, and composer Lin-Manuel Miranda off The Hamilton Mixtape. The recently released music video features the men singing on the rooftop of a New York City building, interspersed with shots of them with kids from Harlem and Inwood (Miranda’s own neighborhood).

The song samples portions of “Hurricane,” from Miranda’s hit musical Hamilton, with each of the artists sharing their respective upbringings, and how putting their pens to paper and writing their stories of struggle led to success in their present lives.

Each verse is an individual nod to Alexander Hamilton, who wrote a letter about the devastation of his hometown of St. Croix, U.S. Virgin Islands, following a hurricane, which inspired his community to raise the funds necessary for him to attend school in New York. Hamilton’s peers were also individuals with immigrant backgrounds — a fact nodded to in “Immigrants (We Get the Job Done),” a song featured in the hit musical.

Nas, Dave East, and Miranda are examples of artists who wrote their way out. These musicians were able to expand on their personal selves, and use their stories to get out of the neighborhoods in which they were living to find better lives.

Writing your way out, in the context of the song, is a message to marginalized youth everywhere that there is power in personal narrative. Your story may not be a fairytale, and it may have some brutal twists and turns, but that shouldn’t stop you from needing to share it with the world — because your story matters. Not only can you write your way out of a threatening lifestyle, but you can also inspire others to do the same.

For someone like me, writing has helped with depression. There were times in my own life where issues I came up against, particularly surrounding community discrimination and lack of acceptance of my sexuality, brought me to places from which I thought there was no return. Writing helped me to cope with the pain I was feeling.

A 2013 New Zealand study found that writing and talking about difficult experiences can lead to physical healing, in addition to emotional healing. After working with a group of senior citizens who wrote for 20 minutes a day about the most traumatic event they experienced, researchers took skin biopsies of the participants, leaving small wounds on their arms. Research found that eleven days after the biopsies were taken, 76 percent of the participants who had been consistently writing saw their wounds fully healed. Sounds like science fiction, but it’s true.

Writing may seem arduous, but in some instances, it can help you overcome a personal struggle. Attempting to write for a few minutes each day can bring you a sense of healing in your life. Maybe you, too, can write your way out. It never hurts to try.