Kenny Knowles May Be The Next Big Thing 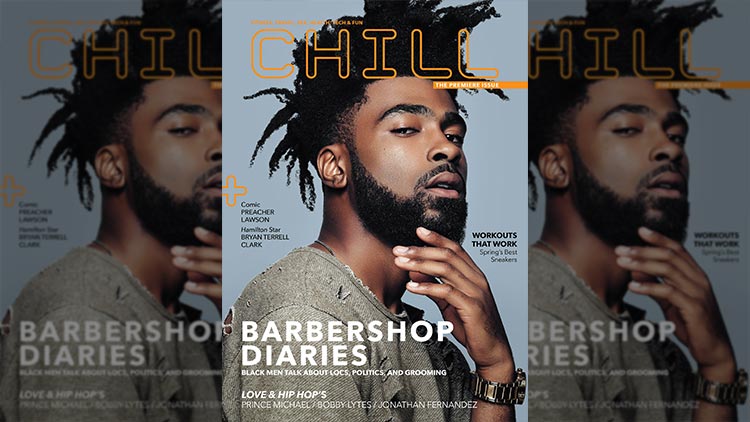 Gaining fame because of his locs, this Atlanta actor, model, and social media star is just getting started.

Cover star Kenny Knowles started modeling (“or taking professional pictures, I would call it”)  two years ago, around the same time he had a role in Barbershop: The Next Cut. The 22-year-old was born and raised in Georgia although his family hails from the Caribbean.

“I always dreamed of being in movies, modeling, making my own music, and being able to create... clothes and art,” he says. “I knew if I could get my face to be recognized via the Internet, that was just as good as knowing the ‘right’ people,” Knowles says.

Turns out, taking pictures was his sort of his mom’s idea, he says, because she “raised me to be a fashion mogul and made sure I took pride in my image and how I carried myself. Before she died she always talked about how she wanted to see me model for Ralph Lauren. I always liked being in front of the camera so I made sure I did so when [photographer Alex D. Rogers] gave me the chance.”

His photos blew up online (Google “sexy Black men’s hair”), something he had hoped for.

“I knew if I could get my face to be recognized via the Internet, that was just as good as knowing the ‘right’ people. The internet is the biggest form of entertainment in this generation—even the president of the U.S. gets on Twitter.”

Still, he admits, “I didn’t think it would make the type of ripple effect that they did. Many people have reached out to me just because of a few pictures and that made me realize a lot is possible in this world.”

Then he cut his hair.

“I wanted to be able to get any role or job that I needed, but to tell the truth I wish I would’ve stayed true to my hair. People loved me for my hair. So, I hit the internet with my face to show the world who I am and how this black man loves his self.”

Knowles says that self-love is one of the most important things people should learn: "Before you can love any one you have to love yourself. I preach this to everyone around me and that’s what modeling is for me—self-love. Yes, I’ve made money off my face and I plan to make more in future if possible, but before the money, I do it for the love and passion of art.”

Fans can continue to see his face on the internet for years to come, Knowles hopes.

“I plan to keep taking pictures, growing, and creating with people. The grind won’t stop until I’m dead. I want to leave my own little print on the world and my black beautiful hair will be back soon. I don’t plan on ever cutting my strength again.”