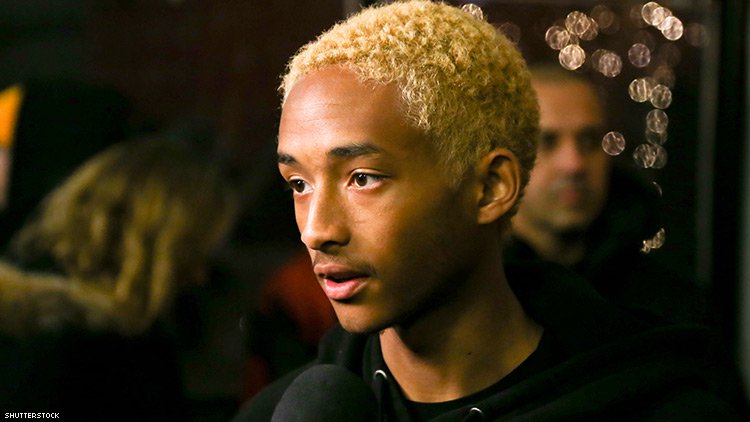 More importantly, does it matter?

Jaden Smith has announced that he is the boyfriend of Tyler, the Creator — though it is unclear if Smith was being serious or joking (and if Tyler gave him the OK to do so).

Smith — a model, musician, and actor who portrayed a queer character in Netflix's The Get Down, in which he made headlines for a same-sex kiss — made the declaration early Sunday morning at the Camp Flog Gnaw Carnival in Los Angeles.

Smith, who is the son of movie stars Will and Jada Pinkett Smith, later tweeted, "Yup @tylerthecreator I Told Everyone You Can’t Deny It Now."

Tyler, who was hosting the festival, appeared astonished by Smith's words. The rapper has never had a formal coming out, yet lyrics to his music have historically fueled speculation around his sexuality. In his 2017 album Flower Boy, Tyler, the Creator rapped, "I been kissing white boys since 2004."

He later said on the Koopz Tunes radio show, "I had a boyfriend when I was fifteen in fucking Hawthorne. ... If that's not open-minded, I don't know what is." Tyler later backtracked these remarks, calling it "a figure of speech."

In September, Eminem received backlash for referring to Tyler as a "faggot" on his album Kamikaze, after the other artist criticized his music. He later admitted the slur went "too far."

Smith's statement has been interpreted by some media outlets as his own coming out. The entertainer has also been a subject of speculation regarding his sexuality, after modeling gender-nonconforming clothing in high-profile fashion campaigns.

Watch Smith give his remarks below.

Jaden Smith just came out of the closet and omggdhbsfhsnnal pic.twitter.com/IhHxwcmeKy