BlacKkKlansman Is A Tour-De-Force 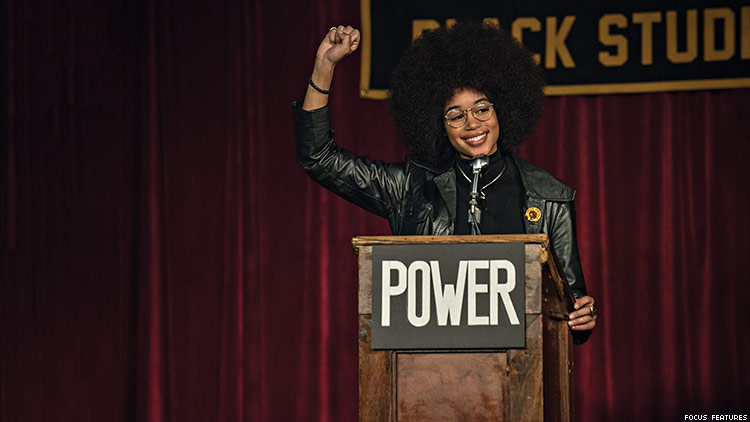 Spike Lee’s latest film, BlacKkKlansman, is the incredible true story of how a Black man kicked the KKK’s ass.

For Oscar-winning director Spike Lee, there’s no other name for Donald Trump than Agent Orange. Throughout Lee’s conversation with Chill, the president’s name was never muttered. Not once. As soon as he describes the behaviors of Agent Orange, it was evident who he was talking about.

For those who don’t know, Agent Orange was the code name for a powerful herbicide used by U.S. military forces during the Vietnam War to eliminate forest cover and crops for North Vietnamese and Viet Cong troops. Orange also happens to resemble the color of our current president’s spray-tanned skin. 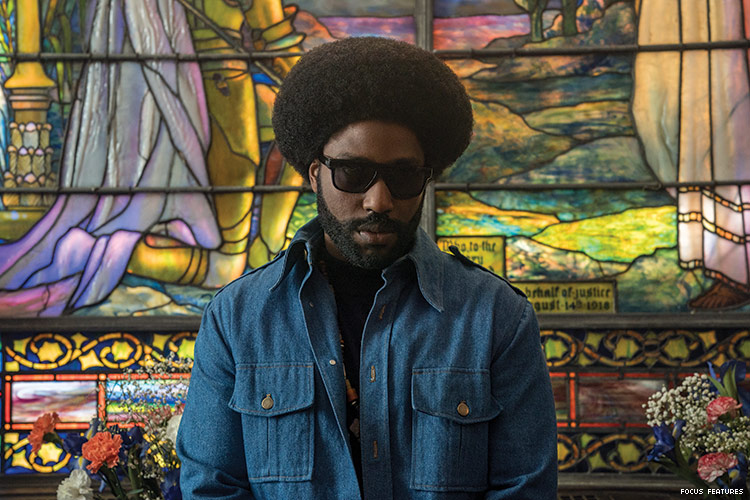 Lee’s new film, BlacKkKlansman, released to critical acclaim in August, is based on Ron Stallworth’s 2014 memoir, Black Klansman.The film version is littered with targets, and Lee hits the nail on the head every time. Founded on actual events that happened in the 1970s, the film follows Stallworth (played by John David Washington), the first Black detective to serve in the Colorado Springs Police Department, as he sets out on a dangerous mission to infiltrate and expose the Ku Klux Klan. 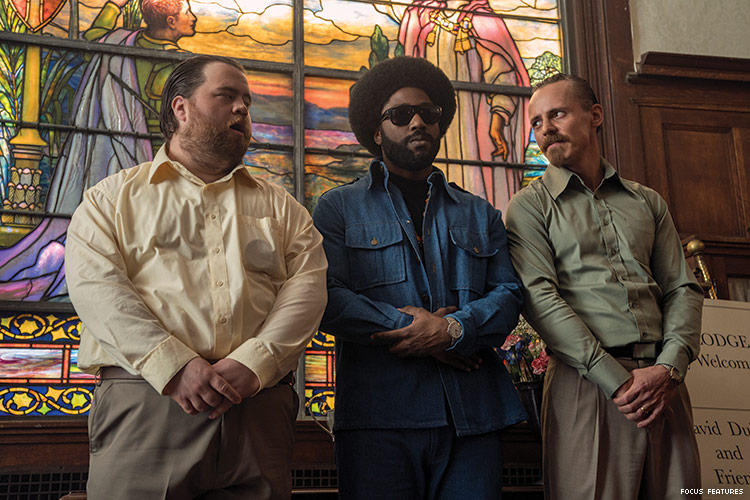 Stallworth teams up with a Jewish colleague Flip Zimmerman (Adam Driver) to use his identity and uncover truths about the racist organization in person, while Stallworth carries the charade over the phone. The film beautifully weaves Zimmerman’s experiences — of passing and code-switching in the world of white supremacists — with Stallworth’s own experiences as a Black man in the world, particularly in the all-white police department. The parallels of colorism are clear, and Lee makes this known throughout Stallworth and Zimmerman’s journey. Together, the duo set out to take down the hate group just as the KKK aims to sanitize its violent rhetoric to appeal to the mainstream.

Stallworth ends up becoming a member of the KKK, without anyone discovering who the man actually is. The real Stallworth was given a KKK membership card from the once grand wizard, David Duke, himself. The story of how he succeeded in infiltrating the KKK was even astonishing for the man who played Stallworth on screen. 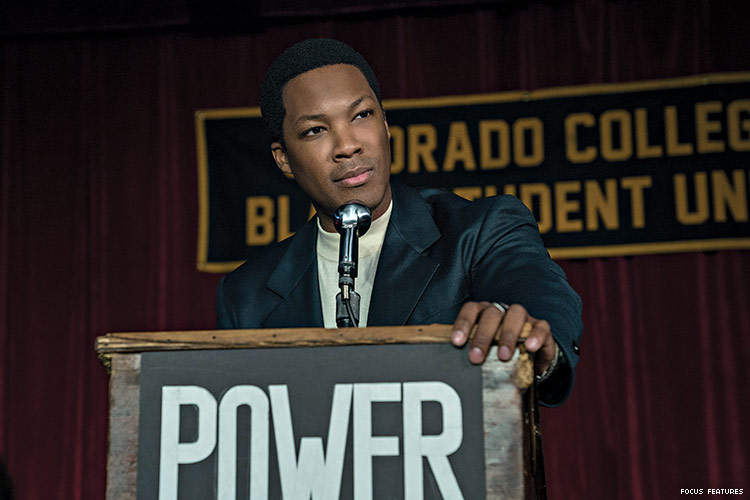 “This one slipped through the cracks,” says Washington, who attended Atlanta’s Morehouse, a historically Black college. “Initially at the first mini pitch, I was like, ‘All right. So this is obviously make-believe or some kind of satire.’ But no, it was a true story. And I did my research, read the book, and I got to meet Ron. He passed around his Ku Klux Klan card and made it even more real.”

Lee had a similar reaction when producer Jordan Peele called him up with the idea of turning Stallworth’s memoir into a movie.

“I had never heard of Ron Stallworth before until Jordan Peele told me,” Lee says. “Jordan Peele called me up. He said him and his producers from Get Out had purchased the book already and had a script written.” 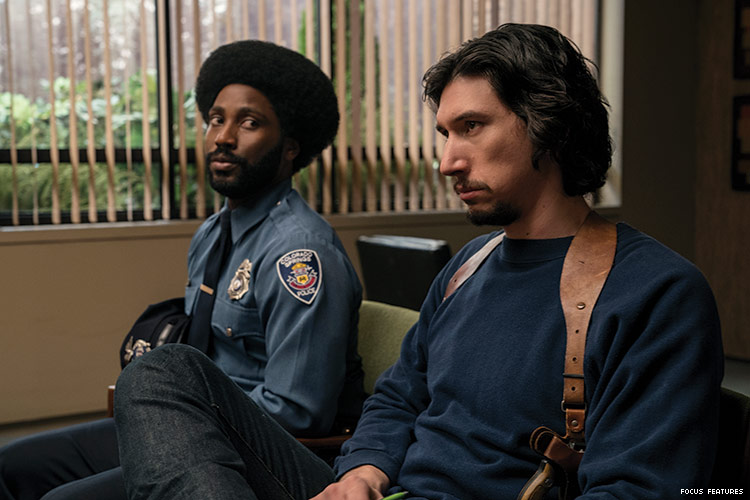 With BlacKkKlansman, Lee — the pioneering auteur behind Do the Right Thing and Malcom X — reminds us of the horrors we still face as a nation every day. History repeats itself, and racism is alive and well. At a pivotal point in the film, viewers witness Stallworth’s Klan initiation intercut with Harry Belafonte — yes, the real Harry Belafonte — speaking to the Black Student Union. The images of white power vs. Black Power begs us to ask the hard questions we so often avoid. Has America really dealt with its racism?

Another wrenching scene is when Stallworth uses racist language, including the N-word, over the phone while pretending to be a Klan member. Washington says the language was “harsh,” but for good reason. “It’s not for shock value. It was the kind of lexicon that was used to get [Ron] in to penetrate the Ku Klux Klan,” he explains. “This is how they talked. That’s how people talked at their family barbecues in their backyards.”

The perspective of Black women was also beautifully portrayed through the character of Patrice Dumas (Laura Harrier), a staunch activist of the Black Power movement who acts as both a love interest and anchor to Stallworth. For the actress, the importance of taking part of a mainstream film where the Black man wins didn’t go unnoticed.

“As people of color, minorities, you are in a lot of spaces that aren’t made for you and aren’t made to make you feel comfortable,” says Harrier. “I think they talk about a lot of that in the movie, code-switching, this image of duality as Black people in America. It’s definitely reality, entering a space where it wasn’t made for you and you feel really not welcome and how do we, first of all, try to change those to begin with?”

What makes Lee’s vision of BlacKkKlansman so brilliant is the fact that every single character is given a whole and complex set of layers. Nothing feels stereotypical. From the struggles Stallworth faces as a Black man in the police force during a pivotal time not only for Black America and its need for liberation from The Man, but also for the white nationalists who realized they needed to change the robes to suits in order to keep their hatred alive.

“He was very American. He was a patriot. He believed in his country. He wanted to protect and serve his community. That means all mankind,” Washington says of the real Stallworth. He adds that another big takeaway is the “support he received from men that were white, the white officers that believed just as much as he did in the sting operation and didn’t compromise it in any way.”

Even the grand wizard of the KKK, David Duke, is human in the film. Topher Grace (still beloved by audiences for his sweet teen role on That ‘70s Show) portrays Duke in a way that allows us to see a soul behind the monster. There are moments we even find ourselves laughing along with him only to be slapped back in the face with the blatant reminder of who David Duke really is.

For Grace himself, tapping into the mindset wasn’t easy. In one particular scene, Duke leads his fellow Klansmen during a viewing of The Birth of a Nation, a vehemently racist film depicting the KKK as heroes and Black men (portrayed by white actors in blackface) as savages. The scene took a week to shoot, and it proved especially hard for Grace, who, as Duke, needed to celebrate the movie while the others followed suit.

“I’m not a method actor so I never bring it home,” Grace prefaces, “but this was so overwhelming and negative. I’d chant something [in the scene] and 200 people followed my lead. I [had] never sat and watched The Birth of a Nation.”

When it was clearly getting to be too much for Grace, the actor says Lee decided to step in

“Spike came up to me, and he was like, ‘This week sucks but this is going to serve the message I’m trying to say,’” Grace recalls. “And he got me through it. That’s what you want in a director.”

Indeed, the journey Lee takes us on with Stallworth is a big one. In Stallworth’s small victory, he is able to prove the power in owning your Blackness. By the end of it all, we witness a man who claims his identity.

It shouldn’t be lost on us that the film begins with the Civil War battlefield and ends with tiki torches marching in Charlottesville, Virginia.

“There’s a lot of stuff. We’ve been taught to hate ourselves,” Lee explains. “And I believe, in my heart of hearts, that in our deep psyche, we’re dealing with post-slavery stuff now. We’re still dealing with it and we don’t even know it.”

“It’s hard to come up in the educational system of the United States of America when it was built on lies,” Lee adds. “They start you in kindergarten with fucking George Washington and the cherry tree. That was a lie. I mean, it’s all lies. The truth is, that this country was built on the genocide of Native Americans and slavery. And if we don’t start there, I don’t know what to say. Let’s start at the beginning. White superiority is a lie.”