'If Beale Street Could Talk' Speaks 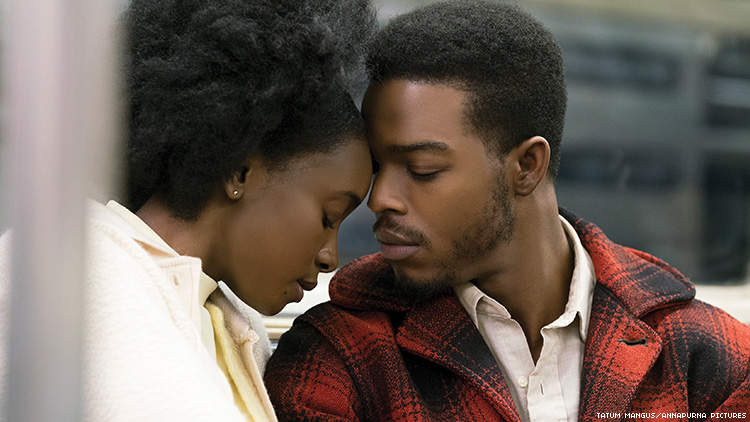 Based on James Baldwin's 44 year old book, this new film is still just as timely.

If Beale Street Could Talk revolves around a Black man falsely accused of rape, and his pregnant fiancé who fights passionately to prove his innocence. In James Baldwin’s famous 1974 novel, the Black gay author examined the role of racial discrimination in the case while celebrating the powerful love of a young Black couple.

Director Barry Jenkins’s follow-up to the Oscar-winning hit Moonlight is the film version of If Beale Street Could Talk. The film premiered yesterday at the legendary Apollo Theater in Harlem, N.Y. (apollotheater.org), as part of the 56th New York Film Festival — marking the first time the festival has ever screened at the Apollo.

New York Film Festival director Kent Jones explained to reporters why the Apollo screening is so important: “We’ve always wanted to bring the New York Film Festival to more of our city, and I can’t imagine a better place to begin, or a better movie to begin with. Barry’s adaptation of If Beale Street Could Talk is a brave and passionate film that looks unflinchingly at systematic racism in America. And it is 100 percent Harlem-based — shot in Harlem and based on a novel by a great American writer who was Harlem-born — so how could we possibly present it anywhere but the Apollo?”

The film features KiKi Layne, Stephan James, Regina King, and Colman Domingo. “It’s been an honor working with the estate to bring this piece of James Baldwin’s legacy to the screen,” said Jenkins.