After "Surviving R. Kelly," Am I My Sister's Keeper? 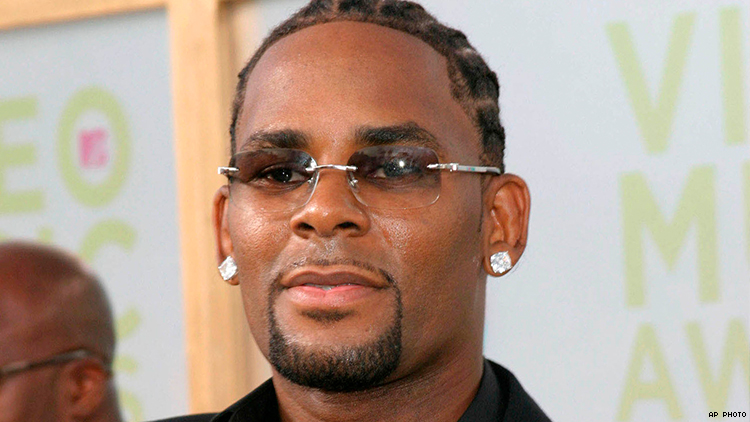 In light of the docuseries, how are Black men holding other Black men accountable?

On Surviving R. Kelly, the docuseries presented by Lifetime on the beyond scandalous life of the man, many have spoken to their thoughts around Kelly; many have not. Yet an overarching theme has been our failing as a society to protect Black girls. Viewers have seen Black women and girls debased, demoralized, and ignored. Several are asking how Kelly was allowed to go all but unchecked for literally decades — account after uncomfortable account.

But with that, I have to ask particularly what role do Black men see for themselves in relation to the Black woman? How do Black men serve as allies to Black women when the perpetrator is a fellow Black man?

Many viewers have been disturbed by the Kelly documentary, chronicling decades of sexual abuse against Black girls and women. A handful of Black male stars personalities loaned their voices to the series. People had different reasons why they chose to participate or not.

In a recent article at Vibe.com, Dame Dash spoke to feeling “betrayed by Jay-Z for collaborating on [an] album with R.Kelly” noting “I knew morally we weren’t the same.” Dash spoke about how he had his name removed from the album credits. “I never wanted no parts of that,” he explained.

John Legend, who is one of only two musicians to appear in the Lifetime docuseries, also spoke up. “I believe these women and don’t give a fuck about protecting a serial child rapist,” wrote the crooner, addressing his appearance in a message on Twitter. “To everyone telling me how courageous I am for appearing in the doc, it didn’t feel risky at all,” he tweeted as the first episode aired.

Questlove, who was on the list of declining artists, also responded on social media: "I always thought Kels was trash. My reason for declining the RKelly docu that I support 10000000 percent is I didn’t wanna be in the 'good times' portion of the doc, like stanning for his 'genius,'" he wrote on Twitter on Jan. 3. "I was asked to talk about his genius. I do not nor have I EVER stanned for him"

He also reiterated that he was in no way protecting or advocating for R. Kelly.  "Just wanna make that abundantly clear in a non 'he doth protest too much' way. That [dream hampton] quote makes it look like I'm protecting him," he added. "I'm thinking 'damn I don't wanna be the one guy I always am in documentaries fawning over someone I detest.' So make ZERO mistake on my positioning."

Yet sadly enough, as dream hampton, executive producer, says, “It's not because [these people] support [Kelly], it's because it's so messy and muddy. It's that turning away that has allowed this to go on."

Yet in all, another question comes into play of how fame has shielded Kelly from accountability. This is a season of new accountability. Black men need to continue to hold each other accountable. In this season, we have to call out each other on actions and activities that do not serve us collectively.

"Let me tell y'all about R. Kelly. The truth is I don't like the parents," he starts in the first video, saying the parents of Kelly's alleged victims didn't do enough to protect or extricate their children from the abuse. He goes on to add, “Y’all know I ain't gonna be on no reality show or Lifetime, I'ma be on CNN, straight up. It's gonna get real, think about it, I'm not about to play with nobody, I'ma burn it down, I'm gonna do something."

Continuing in the second video, Master P says, "Ain't nobody gonna play with my kids. Straight up. You shouldn't have even been on TV, and if you a parent, you shouldn't be on that unless you on CNN from a jail cell. I don't know if R. Kelly did it or not, that ain't any of my business, I ain't judging, but I'm just saying those parents shouldn't have let that go that far. ... If my kid in there, it’s gonna be all out war. Everybody coming outside, to be honest with you.”

Black men will always have a responsibility to ally with and for the Black woman. Accountability is a principle that should live beyond racial, gender, or socio-economic lines. No one gets a pass because he has a dollar or as a part of some unspoken brotherhood. Truth has a way of prevailing. Black men, the existence we know today in this country has been speaking truth to power. The lights may be dimming on Surviving, R. Kelly, but I want to remind Black men of our history of accountabilty and responsibility to our women and girls.