Obamas To Adapt Book Critical of the Trump Administration for Netflix 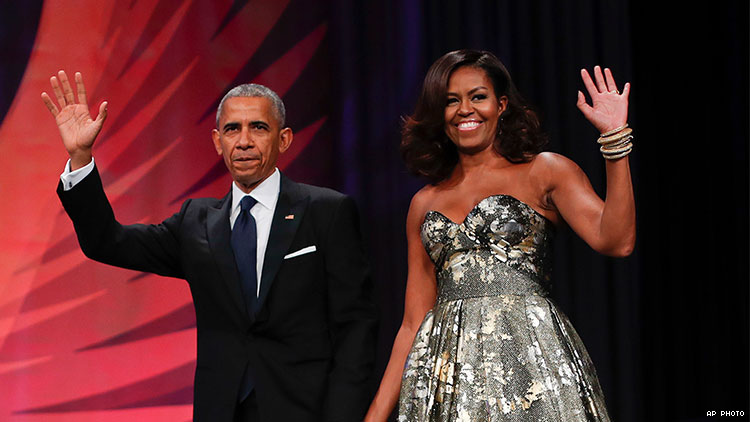 Barack and Michelle Obama plan to adapt Michael Lewis' The Fifth Risk as part of their development deal with the streaming company.

Back in May Barack and Michelle Obama inked a deal with Netflix to develop what were then unknown entertainment properties in what was speculated as a lucrative production deal.

At the time Variety reported that "It is unknown how much the Obamas’ Netflix agreement — which will see them produce through their newly formed company Higher Ground Productions — is worth."

But they were sure to suggest it was quite hefty by mentioning that "In March, Penguin Random House signed the couple to a joint book deal that pays them a reported $65 million for their respective memoirs."

At the time Netflix announced in a statement that the former first couple "will potentially work on scripted and unscripted series as well as docu-series, documentary films, and features under the multi-year deal."

Last night Deadline broke the news that at least one deal appears all but confirmed "that Michael Lewis’ latest book The Fifth Risk has been acquired by Barack and Michelle Obama under their Netflix production deal for a possible series aimed to help people better understand the inner workings of the government."

According to the official press release much of The Fifth Risk  "follows the chaos and mismanagement that ensued in the departments of Energy, Agriculture and Commerce in the handoff from President Barack Obama to President Donald Trump."

According to Quartz the deal was confirmed this afternoon in an interview Lewis did with Katie Couric on her podcast. “He’s optioned the book to come up with a series for Netflix to help people better understand the government,” said Couric, to which Lewis responded, “Yes, it’s just as a civics lesson.”

[Editor's Note: This doesn’t mean the show will for sure happen, but that Netflix and the Obamas have exclusive rights for some period to develop the show. Netflix, the Obamas, and Lewis’s publisher, W.W. Norton, have not responded to requests for further details.]