For Profit Universities Have Been Ripping Off POC For Years 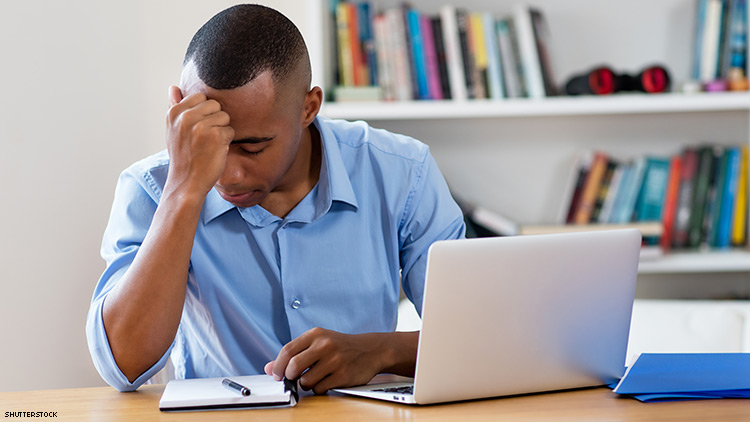 For-profit degrees have historically led to financial loss for many.

The conventional wisdom passed down to us was a transaction that was a win-win, getting a degree in higher education was the strategy to move up the economic ladder. Teachers reiterated all through school that a college education is the key to a better future.

While this sentiment may still ring true so does another: for profit schools who present themselves as quick short cuts to decent paying jobs but in reality they make their money educating the working poor and people of color.

More directly these schools make money by cashing the variable rate interest loans that they've received — after that there's very little concern for the students.

What an outrageous line of thinking; well not exactly.  Have ever you ever uttered the phrase the value of my stock in (insert name here) College  and/or university (two or four years) has increased?  Have you ever observed an individual meme the words my private school stock has increased by 10 percent?

These statements are said on the daily.

Inevitably profit above education as a university’s universal mantra abandons aspirations of students who are desperate, cash deficient, and uninformed.  Students are targeted via slick marketing campaigns and relentless recruiting. The following is a direct message from Grand Canyon University’s website “By submitting this form, you give Grand Canyon University your consent to use automated technology to call, text and e-mail you at the information above, including your wireless number if provided, regarding educational services.”

Grand Canyon University will now commence the hunt with more vigor than a nattily dressed Englishmen atop white stallions supported by a fleet of hounds on the scent of a single red fox.

The all out blitz is focused on certain susceptible types: Military, poor, women, and minorities. Ideally for-profit schools are for everyone but they key in on aspects gender, race, age, and income you won’t see at other universities.

Economically challenged individuals with little hope of getting into traditional universities because of grades, allotted free time, family commitments see for-profit schools as a viable alternative to obtain a degree and change their lives.  Acceptance is less stringent than traditional universities and the loans furnished by Veterans Administration, state and Federal student loans and Pell Grants can be used to paid for-profit university tuition.

Easy money and over stating university accreditation harms the student’s aspirations for a better life.  Thousands of students like Yvette Colon are in worse shape financially and emotionally post for-profit school graduation. Colon told Time magazine that she borrowed $35,000 to get a certificate in cardiovascular sonography from Stanford-Brown Institute, only to find out that the for-profit college lacked the accreditation for her to take the licensing exam or transfer her credits to a community college. Stanford-Brown has since been shut down. “This school has totally messed up my life,” Colon told Time. “I can’t do anything. I can’t continue my education. I can’t continue to go forward in my career.”

Or there’s the Olive Garden waiter who told NEA that he owed $225,000 for a nearly worthless master’s degree in “entertainment business."

One could easily blame the schools for callus financial pursuits; however, the current Secretary of Education Elisabeth ‘Betsy’ DeVos has suspended two key student safeguards: the borrower defense and gainful employment rules.  The rules make it clear “institutions and programs will be considered failing if their graduates have annual student loan payments that exceed 12 percent of their total earnings or 30 percent of their discretionary earnings.”

Absence of these rules it’s the wild-wild-west of for-profit education.  In a highly questionable move Ms. DeVos appointed former for-profit university dean at DeVry Julian Schmoke Jr. to protect the rights of students against fraud in higher education.  DeVry University in 2016 settled a federal lawsuit for $100 million for falsely advertised graduate’s success in the working world.   Mr. Schmoke is the current Department of Education’s new chief enforcement officer.  An insider is now responsible for protecting students against fraud in higher education.

All stages of education revolve around the student’s welfare and long-term improvement.  The underlying goal is to help an individual while benefiting society at large.  Consequently if the for-profit school can only teach its students the 3Ds: dishonesty, debt and despair, then we should all question the existence for-profit schools.

Kirk Allen is a teacher, financial advisor, and competitive tennis player. A US Army Vet, Allen was the subject of the film The Brothers of the Blacklist, which chronicled his experience as a suspect in the attack of a 77 year-old white woman in Oneonta, New York where he was an undergraduate in college. He shares money tips on Twitter.