Karamo Brown Wants LGBT People to Write Our Own Stories 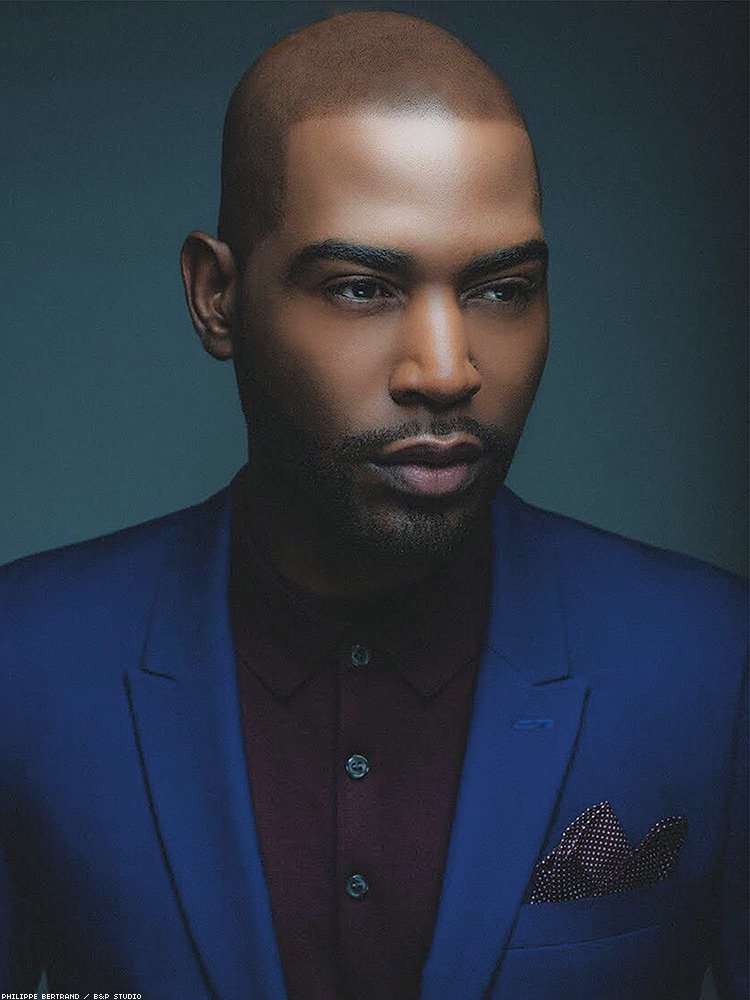 Reality star Karamo Brown thinks there should be more diversity when it comes to LGBT representation. “Point-blank,” he says, “there is not enough diversity in media.” He wants to see more of “everyone,” and believes the queer community can help make it happen by how they spend their money and which shows they choose to watch.

In 2004, Brown made history as the first out gay black man on reality TV when he appeared on The Real World: Philadelphia. He instantly became a role model, simply for providing visibility to gay black men.

“I was getting messages that I loved from people,” Brown recalls. “Saying, ‘Oh my gosh, you stopped me from killing myself!’” But, he admits, he didn’t know “how to respond [or] what to do.” In the end, the pressure was too much and Brown “got addicted to drugs, to cocaine, and was like partying every night, wasting away, killing myself, basically, because I didn’t know how to deal with this sort of new reality fame.”

That was one of the reasons Brown disappeared from public view for nearly a decade. Another was his sudden discovery that he had a son, Jason, who was 10-years-old when Brown first met him. In 2007, the pr-teen came to live with him full time. Brown went on to adopt a second son, who encouraged the former reality star to pursue his dreams of getting back into TV.

Brown saw that dream come to fruition in 2014, when he became a panelist on Dr. Drew on Call, recruited in part because of his background as a licensed social worker. He filmed 54 episodes of the show.

Being a father is critical to Brown’s identity, and when Carlos King cast him on 2016’s The Next 15 with other former reality stars like Tiffany Pollard (I Love New York) and Claudia Jordan (The Real Housewives of Atlanta), Brown insisted Jason appear on the show.

“It was extremely important,” Brown explains, “I’d never really seen men of color ... who were openly gay, raising their children. I don’t know if I’ve seen any other black gay fathers raising their kids on TV. I’ve never seen a single gay father, and I knew that it was important for any men out there … who were wanting children, to see that relationship.”

But it’s not just single black gay dads that Brown wants to see reflected on big and small screens. “We’re not talking about Asian-Americans, Latino-Americans, trans Americans, we’re not talking about, even representation of bisexual people. I mean there’s so many stories that need to be told, narratives that should be shared. We, as communities that are marginalized, need to open up our minds and realize that we should be asking and advocating for more of everyone. Let’s get more gay black men, let’s get more trans women.”

He continues, “How about we get more trans Asian men? You know, like, where’s that story being told? And I’m talking about in both scripted and reality programs, and I think that it’s up to us to sort of take the pen out of Hollywood’s hands and start controlling our own narratives, and pooling together and utilizing the resources we have, so that these stories can be heard in the mainstream.”

While Brown believes having “directors, producers, executives who are part of the LGBTQ community is very important,” he adds, “I also think it’s important for our community to realize that there’s power in our dollars.”

He recalls growing up and seeing his Jamaican-American parents protest by refusing to shop at certain stores unless they changed their policies. “Hollywood at the bottom of it, is about money,” Brown points out. “So if you don’t like or don’t appreciate the fact that you’re not being represented, we need to stop watching and supporting things. And I think we’ve gotten complacent. You know, why [are] there not more LGBT reality show contestants? And why are you just watching all these shows and not saying, ‘Where am I?’ Why are there not more LGBTQ pop stars? You support Beyoncé, Madonna, everyone else, but we’re not lifting up our own. Music companies, TV executives — are not going to lift us up until we start demanding that.”

On the groundbreaking Next 15, which is the first unscripted show to film the behind-the-scenes manipulation of “reality,” Brown has said his role is to be “a conduit for the truth.”

“I can’t deal with the bull,” Brown acknowledges. “It’s probably the reason on The Real World why people thought I was an asshole. Because I would speak my truth, but also, if I knew other people were lying, [I’d] speak their truth [too.]”

Speaking the truth is also important to Brown as a father. “My kids won’t get in trouble if they tell me the truth,” he explains. “I’ll respect them and teach them the lesson, but I won’t punish them.” It’s something he thinks came from growing up, when Brown says, “I felt like I had to lie a lot because, you know, dealing with my sexuality, I was constantly trying to keep up with stories — who I was with, what I was doing, what I was looking at. I just wished there was somebody that I could’ve been honest with … so I try to just be that conduit of truth now.”

Brown has been hosting MTV’s Are You the One: Second Chances and will soon host the History Channel’s new show The Unexplained, which investigates things like whether time travel is possible. Brown’s first reaction to the idea of time machines was skepticism. “Here we go,” he thought. “[Then] I realized the individual I was talking to was a tenured professor and theoretical physicist at University of Connecticut, Dr. Ronald Mallett, and he actually has invented a time machine.”

Brown explains that the author of Time Traveler: A Scientist’s Personal Mission to Make Time Travel a Reality has “invented a machine that can send information backwards by using binary code. I was blown away to realize that time travel does exist. It’s not in the mythical way that we think of, you know, ‘We’re going back to 1910,’ but more so in the infancy stages. We’re in the beginning stages of something that could revolutionize and change the world forever.”

Brown — who proclaims, “I’m about to be a force to be reckoned with” — is hoping to change the world himself, by both increasing representation of queer communities of color, and by launching 6in10, the nonprofit organization he cofounded with HIV-positive minister Dontá Morrison to fight the disproportionate toll that HIV is having on gay and bisexual black men. He also wants to transform the black community so it’s less hostile to LGBT people. “We have to start making sure that churches start to talk about … black queerness in a way that’s affirming,” Brown says. “Because a lot of young black men are in the church, and that’s where they start to learn this self-hate behavior.”