Yo! Bum Rush This Art Show 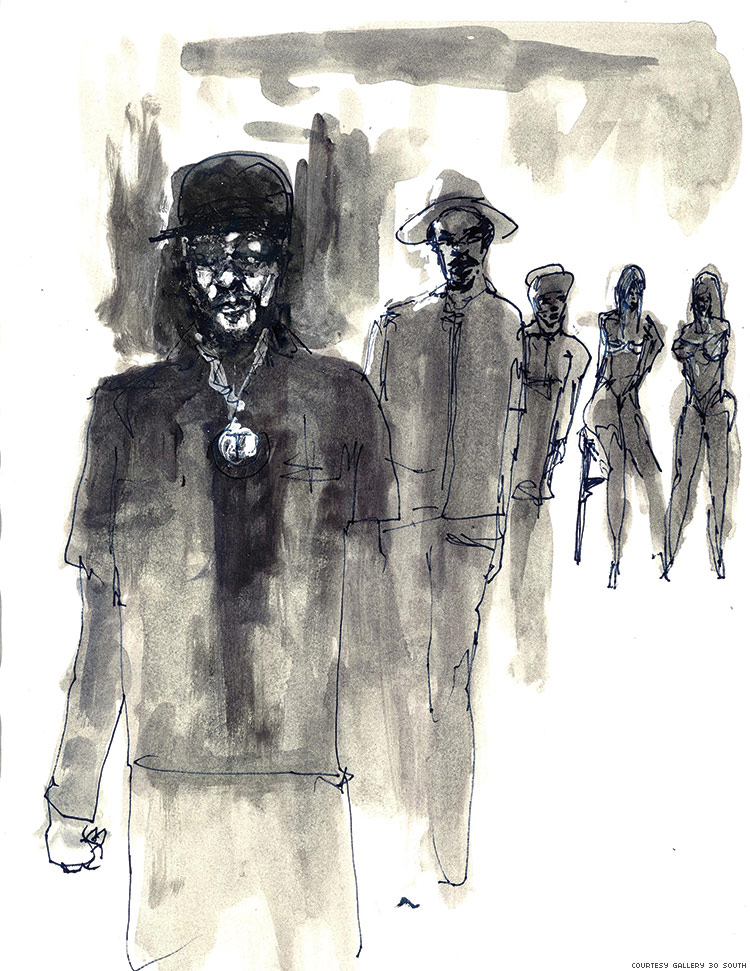 Legendary rapper Chuck D is giving us a hell of an artistic run.

The legendary front man of Public Enemy and Prophets of Rage earned a graphic design degree in 1984 from Adelphi University, and has since combined his music with his art training to become a prolific pop culture chronicler.

His work in the exhibit “Behind the Seen,” part of the Oakland Museum of California’s Respect: Hip-Hop Style & Wisdom, follows the world of music but the artist also tackles major cultural issues from Trayvon Martin and voter suppression, to the Rosewood massacre and injustices dealt the Seminole tribe.