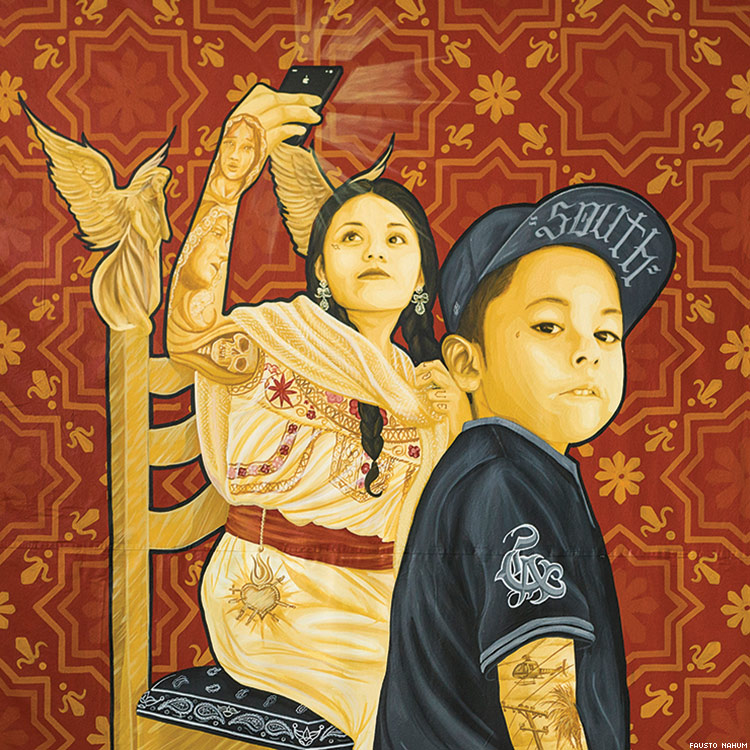 A breathtaking story right at L.A.'s own library.

A brilliant new exhibition of murals captures the blending of Latinx, American, and Indigenous cultures in Los Angeles’s Zapotec community.

Wowing visitors at the Downtown Central Library in Los Angeles, Calif., the exhibit runs through August 31. “Visualizing Language: Oaxaca in L.A.” incorporates iconography from Christianity, story-telling tattoos, Latin gangs, East and South Central L.A. (the latter was rebranded as South L.A. in 2003), Spanish Conquistadors, and traditional Zapotec culture. It all portrays what it means to be Indigenous and a migrant in L.A. and Oaxaca, Mexico.

The murals are the work of Oaxacan artist collective Tlacolulokos (Dario Canul and Cosijoesa Cernas) and reveal complex issues between Oaxaca and California through an Indigenous Zapotec perspective, a culture that continues to influence communities on both sides of the border.

Above all, the series reflects the importance of Native people expressing themselves in a world eager to silence them.