Marvel's Love Letter To the Art of Alex Ross

Alex Ross brings the heroes of the Marvel universe into dynamic life with this retrospective.

Between the World And Me author Ta-Nehisi Coates says,  “Alex Ross is a legend. Even if you don’t consider yourself a comics-head, you should check out his work to see what the best of the form has to offer.” 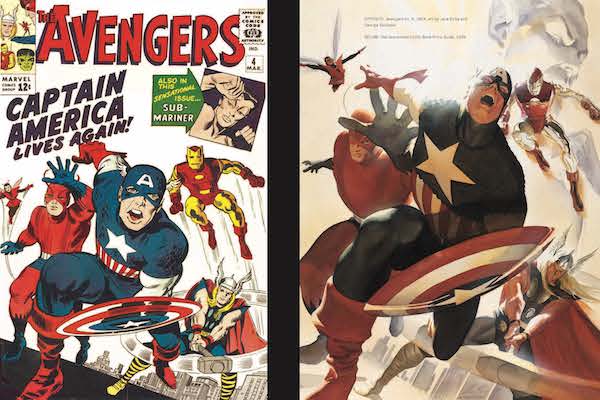 Above: (L-R) The cover to 1964's The Avengers #4 featuring the return of Captain America and Ross' beloved homage.

Coates, a self professed "comics-head, has been helming Marvel Comics' Black Panther comic book series since 2016.

It's been 13 years since Ross's last coffee table book of Marvel art Mythology was released. The artist is famous for bringing the heroes of the Marvel universe into dynamic life, partially by basing the characters on real life portraits. 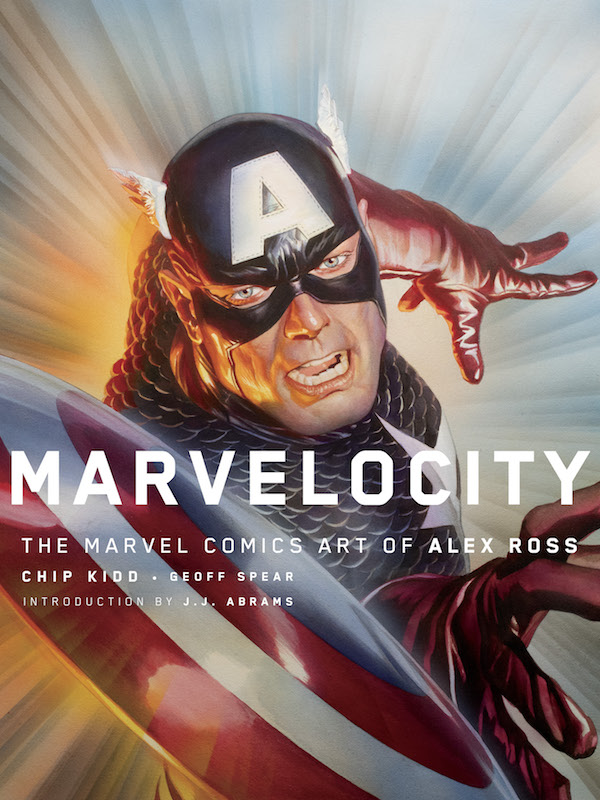 Marvelocity includes more than 50 never-been-published sketches, working models, and other preparatory art, as well as a 14-panel portfolio gallery of Marvel’s most beloved characters. Ross has also written a new 10-page story pitting Spider-Man against the Sinister Six — the webslinger’s most popular villains — that ends with a stunning twist.