Black Americans More Than Twice As Likely To Die By Gunfire 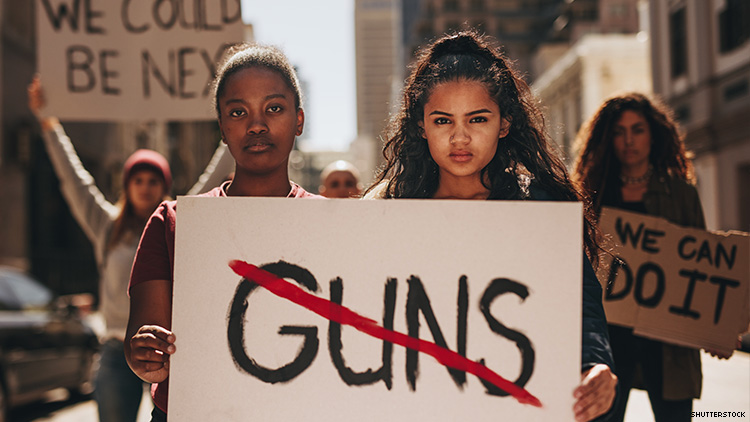 Research shows overall loss was two times greater as compared to whites. But why?

Scienmag.com recently posted an article entitled “Black Americans’ Life Expectancy Decreasing Due to Firearms,” in which the authors speak of a new study that “quantifies the significance of substantially higher gun homicide rates in driving down life expectancy among [B]lack Americans.”

Researchers from BUSM and BUSPH used data from the Centers for Disease Control (CDC) from 2000 to 2016 to calculate life expectancy loss due to firearm deaths. They found the overall life expectancy loss was twice as high among Blacks compared with whites (Black Americans lost 4.14 years while white Americans lost 2.23 years) and is driven by substantially higher homicide rates among blacks up to age 20.

However, what this research does not speak to, from the same CDC data, is the dramatic variance of gun deaths by gender and race, with Black men accounting from more than double those of white men. When data is calculated for those 20-29, Black men are 4.5 times more likely to die by firearm than their white counterparts. Also, what the research fails to speak to is the systemic oppression that Blacks have been forced to (and continue to) counter; what famed psychologist, theorist, and author calls “a system that has excluded and oppressed them for centuries.”

The treatment of enslaved Black people was generally characterized by degradation, dehumanization, and fatal brutalities with violent tactics of whippings, rapes, and executions. The brutal treatment of Black people continued well after slavery legally ended, through the days of Jim Crow, the Civil Rights Movement, and into current times. This psychological brutality and trauma resulted in severe damage to the minds of the victims and spirit of the people, which manifests as self-hate, low self-worth, and a distrust of the world at large.

This mentality has been passed down through generations. Today, conditions such as low socioeconomic status, social deprivation, inadequate education, high unemployment, and the criminal industrial complex has reinforced this negative mentality, which has and still affects behavior in the Black community today, including among Black boys and men.

In his book, Violence: Reflections on a National Epidemic, psychiatrist Dr. James Gilligan asserts that violence is caused by shame and humiliation. “When we commit violence,” says Gilligan, “we’re actually trying to do something that to him is positive—that is, reclaim a part of the self, a part of a depleting sense of self-love, which we feel has somehow been violated.”

Societally sanctioned tactics to destroy Black people through dehumanizing and devaluing has wrought deep-seated and generational mistrust. In her article, “The Inner Voices Behind Violent Behavior,” Dr. Lisa Firestone writes, “These paranoid, suspicious thoughts encourage people to assume a self-protective and defended posture from a perceived danger. Because the paranoia… make[s] the threat seems real, people feel justified in acting out violence to protect themselves.”

African Americans have always had a violent history with the United States. Through years of suffering under white supremacy, Black people have been consumed by violent experiences that include white mob violence, lynching, discrimination, systemic oppression, rape, and death.  To this day, America cannot fully reconcile the horrific history of violence against Black people in this country.

“Gun violence is part of a vicious cycle of race and inequality in the U.S., reflecting existing social inequalities, and also making it even more challenging for young black people, especially young Black men, to escape poverty and violence,” state Richard V. Reeves and Sarah Holmes of the Future of the Middle Class Initiative.

To take one example, anxiety levels rise and cognitive functioning worsens among school children following a violent crime within half a mile of their home, according to a study by Dana Charles McCoy, C. Cybele Raver and Patrick Sharkey.

Individuals who witness violence are also at increased risk for a variety of mental health issues, which can manifest as post-traumatic stress disorder, depression, poor academic performance, substance abuse, risky sexual behavior, delinquency, and violent behavior, notes David Hemenway. And as Reeves suggests, these costs weigh largely on the shoulders of Black Americans.

Americans have seen the implications of these inequalities on Black people for generations in education, health, incarceration, family instability, and social capital. Understanding how the minds of Black boys who have been negatively impacted by racial oppression may provide insight on what solutions will be effective in remedying the problem of why “Black Americans’ Life Expectancy Decreasing Due to Firearms.”